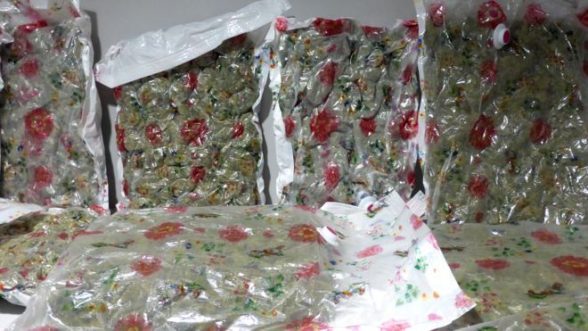 The huge haul of cannabis seized by detectives in south Belfast

POLICE have arrested two people and seized cannabis worth £1 million during an intelligence-led operation.

A PSNI spokesperson said: “Detectives from PSNI’s Organised Crime Branch seized a substantial quantity of illegal drugs and arrested a man and woman in Belfast on Thursday, August 9.”

PSNI Detective Inspector Pete Mullan of the Organised Crime Branch said: “A 37-year-old woman was arrested in Stranmillis, and a 48-year-old man in the Lisburn Road area on Thursday, as part of a proactive investigation into the supply of illegal drugs in Northern Ireland.

“Searches were carried out and cannabis with an approximate street value of £1 million recovered.

“The man and woman remain in police custody at this time.”

DI Mullan added: “These arrests and seizures are evidence of our ongoing commitment to removing and disrupting the illegal supply of drugs into Northern Ireland.

“The seizure of these drugs has removed a substantial amount of cannabis and prevented £1 million from falling into the hands of organised criminals who profit from other’s misery.

“We are committed to tackling the issue of drugs and would appeal to the public to speak to us if they have any concerns or information regarding drugs in their area.