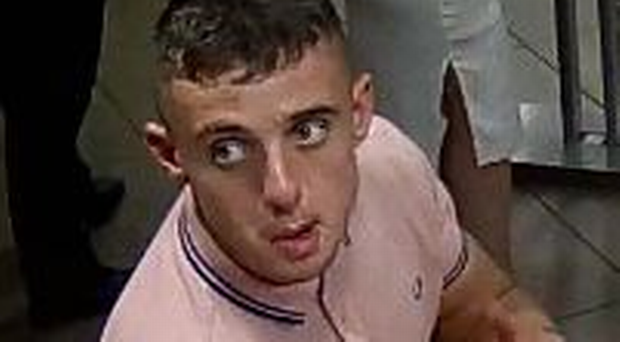 DETECTIVES are appealing for information about assault on a taxi driver in Belfast City Centre earlier this year.

Detective Inspector McDonnell said: “We are releasing an image today of a man who we believe may be able to assist us with our enquiries into an incident which occurred at High Street in Belfast in the early hours of Monday 7th May.

“At around 3.30am that morning, a male taxi driver was seriously assaulted by an unknown male as he stood beside his taxi.

“The attacker then got into the taxi and attempted to drive off in it. Unable to start the car however, the male was forced to flee the area on foot in the direction of Royal Avenue.

“The taxi driver required surgery for a broken jaw following the assault.

“This was a completely unprovoked and cowardly attack on a man who was simply out earning his living.

“We have been carrying out various enquiries since the incident and by releasing this image today we hope to progress our enquiries further.

“I would ask anyone with any information about this incident or who can assist us to identify the individual pictured to contact detectives at Musgrave on 101 quoting reference number 261 07/05/18.