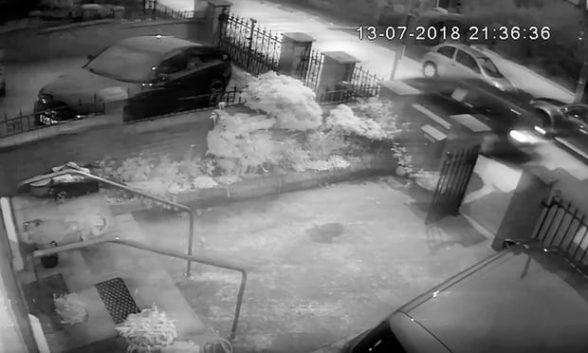 DETECTIVES investigating blast attacks on the homes of Gerry Adams and top Provo ‘Big’ Bobby Storey have made a second arrest.

In a statement, the PSNI a 46-year-old man was detained on suspicion of a number of offences, including criminal damage.

During two separate incidents on Friday night, industrial fireworks were thrown Mr Adams’ home off the Glen Road and ‘Big’ Bobby Storey’s home in the Coolnasilla area of west Belfast.

Sinn Fein have blasted the attacks as “reprehensible” and blamed dissident republicans for targeting the two homes.

No one was injured but damage was caused to a number of cars.

A 35-year-old man was arrested on Tuesday night for the same offences and has since been released on bail pending further inquiries.