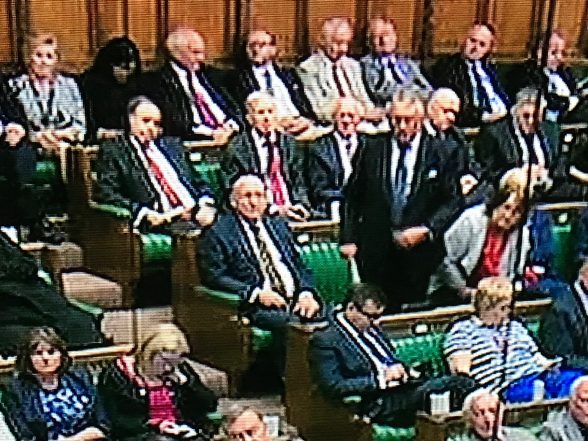 IAN Paisley could lose his Westminster seat over his 30-day suspension from the House of Commons for accepting ‘lavish holidays’, according to Parliamentary rules.

He took the holidays in return for lobbying on behalf of the notorious human rights abusing Sri Lankan government.

There was no sign of the North Antrim MP on the DUP benches today during Prime Minister’s Questions in the House of Commons.

Even married love rat Upper Bann DUP MP David Simpson – who has been having affair with party colleague and councillor Louise Templeton –  was present to hear the party’s chief whip and deputy leader Nigel Dodds MP ask Theresa May a question.

Once a Petition Officer has opened a recall petition, it will be open for signing for six weeks.

If at least 10% of the electorate in the constituency signs the petition, the MP will lose their seat and a by-election will be triggered. The recalled MP can stand as a candidate at the by-election.

Mr Paisley’s North Antrim constituency has an electorate of  75,657.

In last year’s general election he topped the poll with 20,643 votes. The other parties polled a combined 19,939 votes.

Today’s recommendation by the Commons watchdog calls for Mr Paisley to be “suspended from the service of the House for a period of 30 sitting days starting on 4 September 2018.”

The suspension would be the longest given to an MP since 1949.

It had been alleged that Mr Paisley did not declare £100k in hospitality from the Sri Lankan government.

The Daily Telegraph reported in September 2018 that he took his family on two all-expenses-paid holidays to the island in 2013.

The paper said that he had met Sri Lanka officials to discuss possible post-Brexit trade deals.

The report said that although Mr Paisley disputed the Daily Telegraph’s claim “that the value was £100,000, by his own calculation it amounted to over £50,000 – and may have been significantly more than that”.

Mr Paisley and his family made two visits to Sri Lanka in March/April 2013 and July 2013.

He made a further visit to Sri Lanka in November 2013 without his family, but also paid for by the Sri Lankan government, to attend the Commonwealth Heads of Government Meeting (CHOGM).

This third solo visit was registered with Parliament, but the first two were not.

The report concluded that “the reason why the third visit was registered and the two earlier ones were not, was that Mr Paisley was conscious of the potential embarrassment that would be caused to him were it to become publicly known that he had accepted very expensive hospitality, for himself and his family, from a foreign government accused of serious human rights violations.”

Mr Paisley reported himself to Parliamentary Commissioner for Standards Kathryn Hudson over the claims. 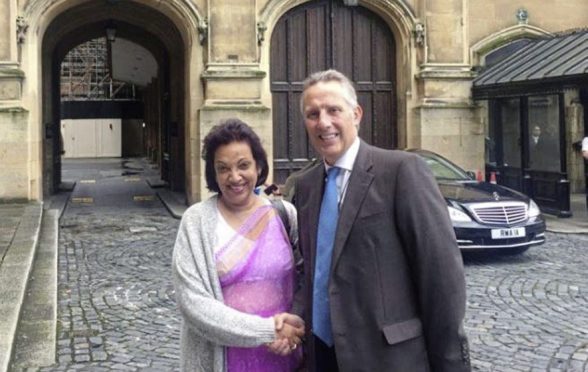 Speaking at the time the North Antrim MP totally denied the allegations, which he said were “devoid of fact or logic” and were “defamatory”.

However in a statement released on Wednesday through his solicitor Paul Tweed, Mr Paisley apologised “unreservedly” for failing to disclose the hospitality he received.

“Legal proceedings are being considered,” the statement read.

He has two months remaining to file a writ for defamation proceedings or his case will not proceed to court.

The DUP said it had “noted” the contents of the report.

Paisley’s conduct will now be reported to party officers who could discipline him under internal rules for bringing the DUP “into disrepute”.