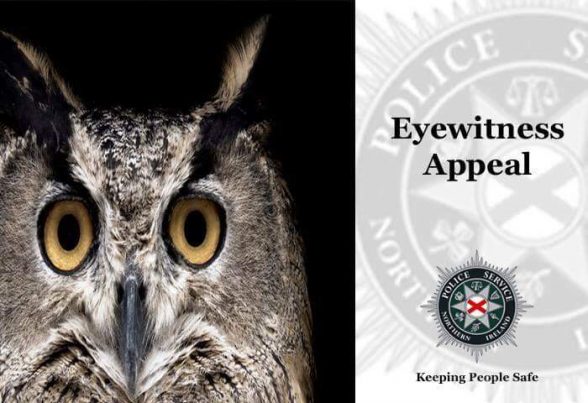 DETECTIVES are appealing for information following an arson attack.

The horrific incident happened in the Dromaine Drive area of Larne in the early hours of this morning, Wednesday 18 July.

Police say that shortly before 1 am officers received a report that a petrol bomb had been thrown at a house in the area.

There were no reports of any injuries or no significant damage caused to the house.

Detectives are appealing to anyone who noticed any suspicious activity in the area or anyone who has information that could assist with police investigations to contact police in Larne on the non-emergency number 101, quoting reference 53 18/07/18.