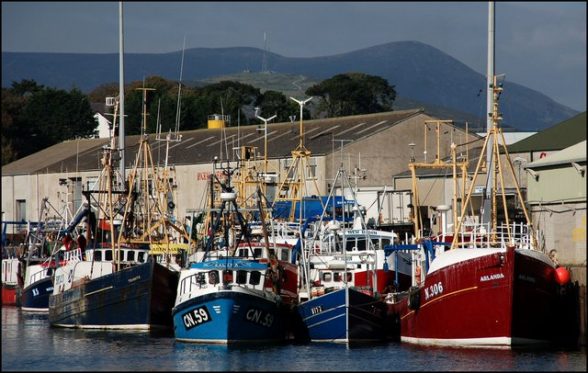 A MAJOR incident has been declared after 14 people were rushed to hospital following a suspected leak at a fishing port.

as emergency services in Northern Ireland attend the scene of a suspected ammonia leak in the fishing port of Kilkeel, in Co Down.

Fire and Ambulance crews were called to Young’s Seafood processing plant in  Kilkeel, Co Down, around noon today, Monday, July 16.

Paramedics and the air ambulance have been sent to the scene.

So far 14 people have been taken to hospital.

The Fire Service said it responded to a report of an ammonia gas leak in the vicinity of the Harbour Road, Kilkeel.

“The cause of the leak had been isolated prior to the arrival of Fire Crews,” said a spokeswoman.

“Firefighters wearing breathing apparatus surveyed the site with gas monitors to check for the presence of ammonia gas – all readings were zero.

“Firefighters gave oxygen therapy to two casualties prior to the arrival of Ambulance crews.

“Fire Crews from Kilkeel, Newcastle and Warrenpoint Fire Stations remain at the scene.

“Daisy Hill Hospital requested NIFRS to stand by to provide support in receiving casualties if required.

“At this stage no action has been required.

“There is no risk to the public from this gas leak.”

The Ambulance Service said a called was received just after 1.30 pm following reports of a gas leak and 14 people taken to Daisy Hill Hospital.

“Eight Emergency Ambulances, two Rapid Response Paramedics, five Paramedic Officers and one HART responder to the scene. The Charity Air Ambulance was also tasked to the incident,” said a spokesman.

“A major incident was declared by NIAS at 2.15 pm.

“A number of other people in the vicinity are also being assessed by NIAS paramedics at the scene.”