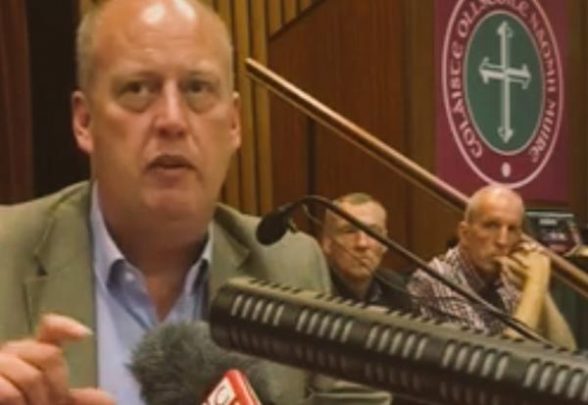 After six days of rioting in Derry/Londonderry, dissidents members used the cover of darkness to an throw improvised explosive device at former Sinn Féi,n leader Gerry Adams’ house off the Glen Road in west Belfast which he shares with his wife Colette.

In a statement, Sinn Fein said that ‘Big’ Bobby Storey’s house in the Coolnasilla area of west Belfast was also attacked with an explosive device.

Storey is the right hand man of the IRA’s chief of staff Martin ‘Duckser’ Lynch.

The PSNI confirmed that it was investigating two incidents in west Belfast.

Mr Adams, a TD for North Louth, later tweeted that no-one was hurt at his house.

“Grandchildren were in the driveway of Adams’ home minutes before the attack,” he added.

Mr Storey was involved in the Maze Prison escape in 1983, where 38 IRA prisoners escaped from the maximum security prison.

“It is important, at moments like this, that we all stand together against those who want to drag us back to the past,” he said.

“They should be left in no doubt, it will not work.”