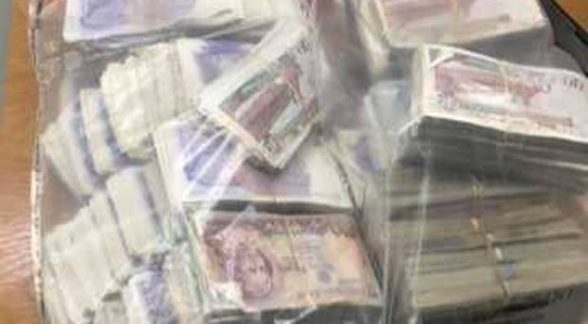 TWO men were arrested by ‘The Untouchables’ in the early hours of this morning on suspicion of possessing criminal property after police carried out a ‘hard stop’ on a car and seized a large quantity of cash.

The arrests happened after officers from the Paramilitary Crime Task Force stopped and searched two vehicles on the M1 Eastbound shortly before midnight on Thursday.

The two males, aged 36 and 49, were taken to Musgrave Police Station for questioning.

Searches were also carried out on properties in west Belfast and Fermanagh.

The PSNI, HM Revenue & Customs and the National Crime Agency have established the Paramilitary Crime Task Force to tackle criminality linked to paramilitarism as part of the Executive’s action plan on tackling paramilitary activity, criminality and organised crime.