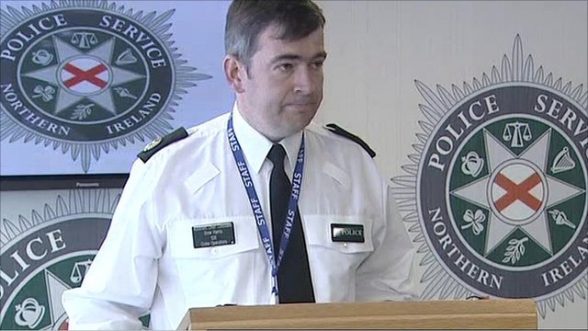 DCC Drew Harris to be the new Garda Commissioner this September

PSNI Deputy Chief Constable Drew Harris is to be the new Commissioner of An Garda Siochana.

He will take up his £200,000 a year job in September on a five-year appointment.

Mr Harris has 34 years service in both the PSNI and its forerunner the RUC.

Following the announcement of his appointment, PSNI Chief Constable George Hamilton said: “I am delighted that Drew Harris will be the next Garda Commissioner.

“While there is no doubt that the Police Service of Northern Ireland will be a poorer place without his contribution; he will remain a colleague when he takes over the leadership of An Garda Síochána.

“This appointment can only serve to build on what is already a close working relationship between the PSNI and An Garda Síochána.

“The mutual desire of both organisations to keep people safe will support us in overcoming the many challenges we jointly face, including Brexit.

“In his 34 years as a police officer in both the RUCGC and the PSNI, Drew Harris has been driven by a commitment to protect the most vulnerable in our community.

“I have no doubt that this will continue to be his ambition as Garda Commissioner. He is a man of unfathomable strength, humility and grace and I have been privileged to have him serve as my Deputy Chief Constable for almost four years.

“I wish him every success and look forward to working with him as Commissioner.”