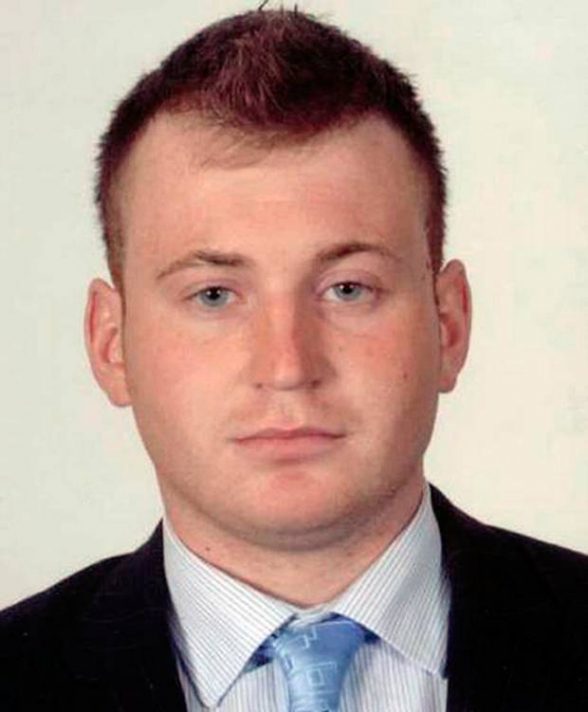 A 34-year-old man has been remanded in custody charged with possessing explosives, firearms and articles for use in dissident republican terrorism.

Brian Carron, from Colliers Lane in Coalisland, spoke only to confirm his name and that he understood the three charges when he faced Dungannon Magistrates’ Court for a first remand hearing this morning.

The charges are in connection with searches in Coalisland following the brutal murder of PSNI Constable Ronan Kerr in April 2011.

The 25-year-old young Catholic officer suffered horrific fatal injuries when a bomb exploded under his car as he left his home in Omagh for work on April 2, 2011

Days after his murder, police raided a garage in Coalisland and found a haul of guns and explosives.

Dissident republican Gavin Coyle was jailed in 2014 for ten years after he admitted possessing the haul of weapons and bombs found in the garage.