EX-SOLDIER TO BE CHARGED WITH MANSLAUGHTER OF AIDAN MCANESPIE 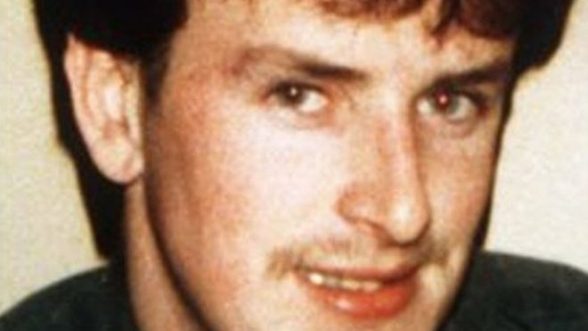 Aidan McAnespie was shot dead by a British soldier in 1988

A FORMER British soldier is to be charged with manslaughter by gross negligence over the 1988 killing of a Catholic man at an Army checkpoint.

Aidan McAnespie, 23, was hit by one of three bullets fired from a machine gun in Aughnacloy, County Tyrone. He was on his way to a Gaelic football match.

The soldier who fired the shots was initially charged with manslaughter, but the charge was dropped in 1990.

Prosecutors have reviewed that decision and informed Mr McAnespie’s family.

His family claimed he had been deliberately targeted after a sustained campaign of harassment by the Army.

The soldier who fired the shots insisted he accidentally fired his gun because his fingers were wet.

He was fined for negligent discharge of his weapon and medically discharged from the Army.

A report by the Historical Enquiries Team a decade ago questioned his account of what happened.

It said his explanation was the “least likely” version of events.

The Public Prosecution Service reviewed the decision to drop the charges after the case was referred to it by Attorney General John Larkin.

He had been considering a request from Mr McAnespie’s family for a new inquest into his death.