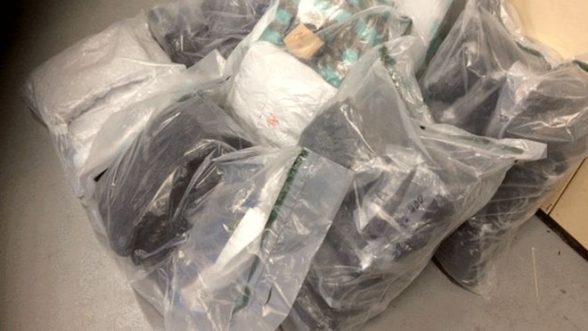 DETECTIVES have seized around £1 million worth of Class B drugs in Antrim.

A 38-year-old man was arrested after the drugs were found on Wednesday.

He is being questioned about the possession and supply of controlled drugs.

Police said it was “one of the largest seizures of class B drugs in recent times” in Northern Ireland.

There are no further details.