CHILD INJURED AFTER ARM IMPALED ON FENCE IN WEST BELFAST 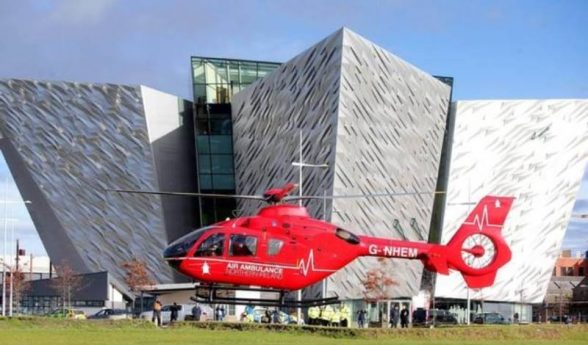 THE air ambulance was tasked this evening after reports a young boy became impaled on fencing after falling onto railings in west Belfast.

It is understood the child sustained an injury to his arm in the accident in the Riverdale area.

A spokesman for the Ambulance Service said they received a 999 call at 4.47 pm following reports of an incident in the Andersonstown area involving a young child.

The spokesman added: “One Rapid Response Paramedic and one emergency ambulance crew were dispatched to the incident.

]”The charity air ambulance was also tasked to the scene.

“Following assessment and treatment at the scene, the patient has been transported to the Royal Belfast Hospital for Sick Children by road ambulance.

“The air ambulance crew travelled with the patient.”