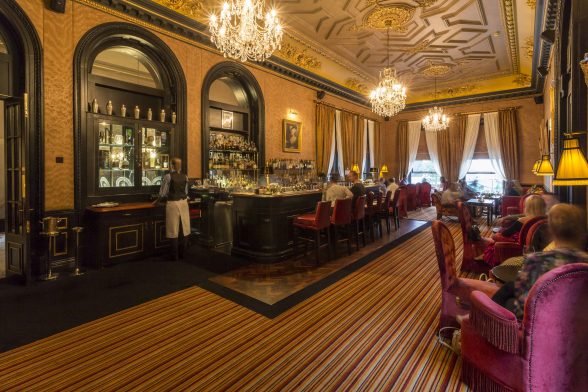 THE world-renowned Cocktail Bar at Belfast’s iconic 5-star Merchant Hotel is taking over one of the top bars at Dubai’s newest nightspot, Soho Garden this weekend.

For one night only, the grande dame of the Belfast cocktail scene will take over the beautiful indoor Glasshouse Bar, part of the sprawling 14,000sq metre Soho Garden complex in downtown Dubai, which opened in December 2017.

In a case of old world meets new, The Merchant’s world-class cocktails will be served up to hundreds of partygoers at the contemporary venue this Saturday, 28th April.

Located within the grounds of Meydan, just 15 minutes from Downtown Dubai, Soho Garden houses internationally acclaimed nightclubs, bars, pools, and an 8,000-capacity live performance concert stage, along with a variety of food and beverage offerings.

Supported by a team of international experts that have developed and managed some of the world’s finest hospitality venues, Soho Garden offers an unprecedented level of service with the best live talent, exclusive to the destination in the Middle East.

Four bartenders, led by James Maddison, manager of The Merchant’s Cocktail Bar will shake, stir and muddle their way through a carefully curated list of cocktails, including three new cocktails that will feature in The Merchant’s new cocktail book, due for release this summer.

Commenting as the preparations step up this week, James Maddison, manager of The Cocktail Bar at The Merchant Hotel said: “We’re excited to bring a taste of The Merchant to Soho Garden, Dubai this week – and particularly to preview some of the new drinks that will feature in our highly anticipated new cocktail book, which will launch in the coming months.

“This is a truly unique international partnership; we are constantly pushing our boundaries, creating and innovating, so it is hugely exciting to bring The Merchant’s Cocktail Bar to a whole new audience.

“There’s no doubt we will be put through our paces; particularly given the high volumes that will be required in a venue of this size but we’re ready for the challenge and really looking forward to it.”

Once home to the world’s most expensive cocktail, The Merchant Cocktail Bar has racked up a serious amount of silverware over the years and is widely considered as the pinnacle of bartending across Ireland.

Highly regarded on the international stage, many people that have tended the bar here are now blazing a trail in top cocktail bars right across the globe.

Amongst its esteemed alumni is Chris Strong, general manager of Soho Garden who cut his teeth at The Merchant Hotel in Belfast prior to moving to London in 2013 and on to Dubai. 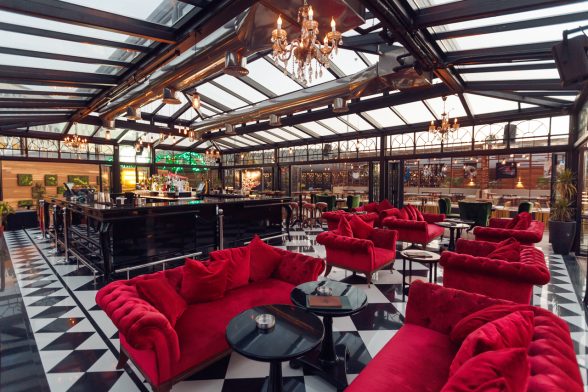 The world-renowned Cocktail Bar at Belfast’s iconic 5-star Merchant Hotel is taking over one of the top bars at Dubai’s newest nightspot, Soho Garden this weekend. For one night only, the grande dame of the Belfast cocktail scene will take over the beautiful indoor Glasshouse Bar, part of the sprawling 14,000sq metre Soho Garden complex in downtown Dubai, which 0pened in December 2017.

Commenting ahead of the takeover this weekend, he said: “Working in The Cocktail Bar at The Merchant Hotel was a formative experience and, in many ways, the launchpad for my career in hospitality, so I am excited to welcome James and the team to Soho Garden this weekend.

“The Merchant is synonymous with both innovation in mixology and perfectly executed classic cocktails and we are sure their creations will prove popular with the discerning clientele of The Glasshouse Bar at Soho Garden.”

Soho Garden has hosted a number of high-profile takeovers, including recent visits from the London Cocktail Club and London-based Tiki bar, Trailer Happiness. The Merchant’s takeover this weekend will be the first takeover event to showcase the classic style of cocktails.

For further information and to follow The Merchant Hotel takeover of Soho Garden this Saturday, stay tuned to: