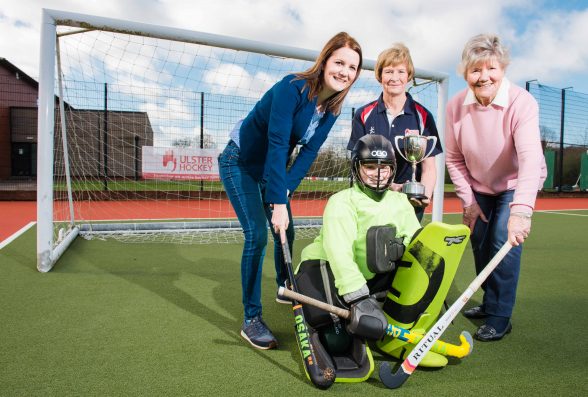 The three-year deal includes the prestigious schools competitions the McCloy Cup (girls’ competition) and the Pearson Cup (boys’ competition) which sees up to 200 schools across the region taking part.

The partnership was announced following the final of this years’ Pearson Cup, which took place on Friday 20th April at Stormont Playball and welcomed more than 300 spectators.

This has followed a busy week for Ulster Hockey Youth, with the McCloy Cup taking place on Wednesday 18th April between Armstrong P.S and Seagoe P.S attracting another impressive audience.

BDO Northern Ireland’s partnership will also include the Indoor Hockey schedule, including their Under 15 and 18 competitions, with more than 40 clubs taking part.

Their aim for their youth development is to ensure it is widely available and the structures are in place to allow the sport to develop in the coming years.

“Hockey is a leading sport in Northern Ireland and its participation in schools is growing rapidly.

“It is important to support this growth so that as many young people throughout the region have the opportunity to participate.

“BDO Northern Ireland are proud to become a partner organisation in aiming to achieve this vision.

“Many of our international players, men and women have started their careers playing in their respective school competitions.

“This grassroots development provided them with the platform for continued participation throughout their school life and beyond.

“We are pleased to be able to play our part in nurturing our young talent and maybe one day we will see them on the international stage”.

“We are delighted to have BDO Northern Ireland as sponsor of both our McCloy Cup and Pearson Cup competitions.

“The McCloy and Pearson Cup have been a long standing part of the Ulster Hockey youth programme with the McCloy Cup in its 29th year and the Pearson cup in its 42nd year respectively.

“The partnership with BDO Northern Ireland we hope will also be the start of a long relationship and it’s great to see the support and encouragement of the development of youth sport in our communities from local businesses.”