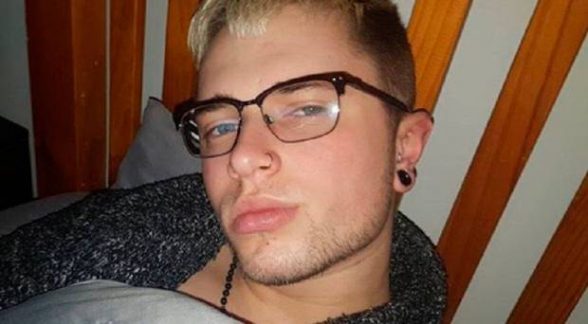 A BANGOR man has been sentenced to 10 years in prison at Belfast Crown Court today for the murder of a man from Newtownards.

Richard Miskelly was 24 when he was murdered more than a year ago in an altercation outside a house on the Bangor Road in Newtownards, in the early hours of Sunday 26 February, 2017.

Magee, who is now aged 20, of Beechfield Drive in Bangor, pleaded guilty to the murder of single man, Richard Miskelly, of Linden Place in Newtownards.

A post mortem showed that the 24 year old died from a blunt force trauma to the head.

Detective Inspector Ian Davis, from the PSNI’s Serious Crime Branch, said: “Shortly after 5.30am that Sunday morning, police responded to a report that a man had been assaulted outside a house in the area.

“Richard Miskelly was subsequently discovered lying on the road. He was treated by ambulance staff, but died at the scene a short time later.

“The previous evening, Richard was invited by his older sister to call in with her at her friend’s house on the Bangor Road. Richard and a male friend spent a few hours at the address.

“When the son of the householder returned home with Rhys Magee, they asked Richard and his friend to leave.

“As the pair neared the end of the driveway, they were followed out of the house by the two men and assaulted.

“As Richard’s friend was punched and kicked, he could see Richard lying motionless on the ground. As he lay there, Rhys Magee stamped on him and, in what was described as a ‘volley-like’ move, kicked Richard in the head. The imprint of Magee’s sole was clearly visible on Richard Miskelly’s scalp during the post mortem.

“Police carried out this investigation in partnership with the PPS to gather the evidence required to bring about the defendant’s guilty plea.

“This was an unprovoked and violent attack carried out by Rhys Magee, which led to the unnecessary death of Richard Miskelly, a much loved only son, brother and friend.

“The sad events which led up to Richard’s death were as a result of a young man’s actions who had consumed alcohol and drugs in what had been an enjoyable evening out with friends. This young man will hopefully come to understand the consequences of his actions on that day as he spends the next number of years in prison.

“This was a tragic case and the thoughts of the investigation team are very much with the Miskelly family and their friends today. 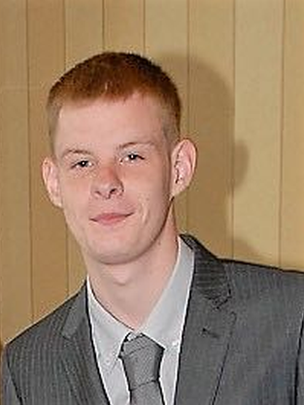 “People need to realise that when they socialise with alcohol and drugs that the smallest incident can develop into a tragedy, which has serious lifelong implications for not just them, but for others including their own families. This has not just impacted the Miskelly family, but other families as well involved in this case.

“The Miskelly family are thankful for today’s outcome and would ask for privacy from the media to allow them to try to begin the process of properly grieving for Richard and come to terms with how they will continue family life without him.”

Richard Miskelly senior spoke of his sense of loss and disbelief.

He said: “Richard was my only son and we were very close. We were in touch every day. I either saw him in person or talked to him on the phone.

“We had a lot of interests in common, including football, cars and motorbikes. He was involved in the Killinchy scrambling club and I had bought Richard a motorbike to fix up and work on, but he never got to find out about it.

“On the morning I was told my son had been murdered, my whole life was turned upside down. It felt like a bad dream. Part of my life is missing and nothing is going to bring Richard back.

“I wanted it to be me, not him, lying in the mortuary. I was shaking and angry with so many emotions I can’t explain. My beautiful son was nearly unrecognisable.

“I wished I was the one lying in the laneway, not Richard. My baby boy, lying there… I couldn’t breathe, I felt wounded like someone had ripped my heart out.

“After Richard’s death, we visited his grave every day. I built a memorial to him where he died and I still visit it regularly too. 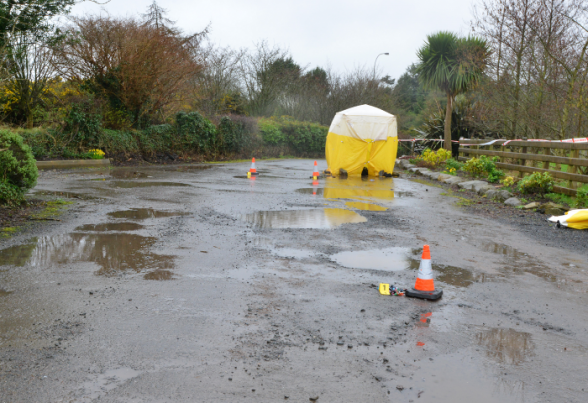 “The first time I saw the person accused of murdering my son, I started to shake and break out in a sweat. There are no words to describe how I felt. I also found court very difficult because he has never shown any emotion or said ‘sorry’.

“Rhys Magee will always have a life, and see and speak with his family. On the other hand, I have no son to speak to, only a grave to visit. I will never again see my son smile or laugh; I will never see him get married or start a family.

“I have not yet grieved for my son. I have lost him and it has left a huge hole in my life.

“It will never get easier or go away. My life will never be the same again,” added Mr Miskelly.