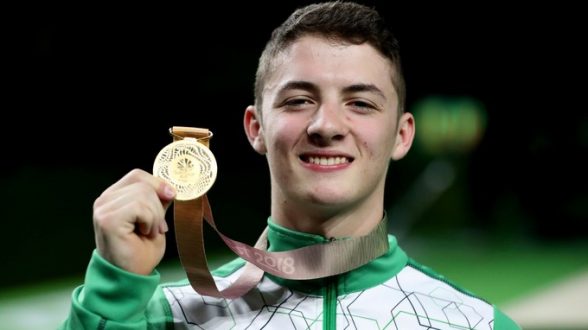 The two finished with scores of 15.100, but 18-year-old McClenaghan took gold over the Olympic champion thanks to better execution.

McClenaghan described his gold medal as “a huge result”.

“Max has been my idol growing up and I’ve been watching him since 2010 when he was competing in the Delhi Commonwealths,” said the 18-year-old.

“I’ve always felt though that one day I could be up there with the best and beating them.”