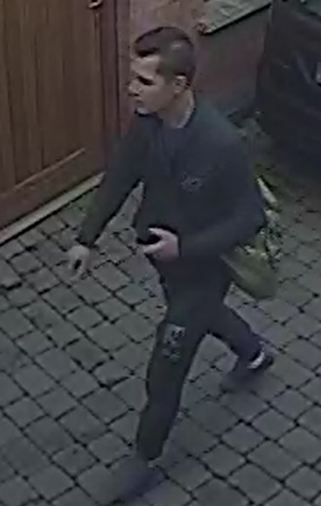 DETECTIVES investigating a burglary at a parochial house at Marquis Street, south Belfast in September 2017, have released the image of a man (above) who they believe could assist them with their enquiries.

The burglary occurred at around 4.30 pm on Friday, September 15, when entry was gained to the property and a sum of cash and an I-pad reported stolen.

Detective Sergeant Sam McCallum has appealed to anyone who can assist in identifying the man pictured to contact detectives in Musgrave on 101 quoting reference number 1040 15/09/17.