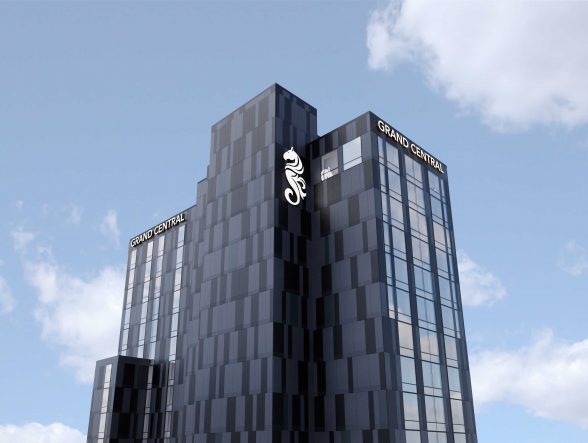 WITH only four months until the opening of the Grand Central, Hastings Hotels has put together seven quirky facts about the construction of Northern Ireland’s largest hotel.

“The construction process has been very exciting for the group as a whole and we’ve been able to use our collective experience to create something very special for Northern Ireland.

“To give people an insight into the sheer scale of the Grand Central Hotel, we have put together a list of quirky facts which we hope will give people an idea of the massive task of transforming a 23-storey office block which was built in 1974, into a stunning hotel which will command the skyline of Belfast and bring a new era of modern luxury to the city,” Julie added.