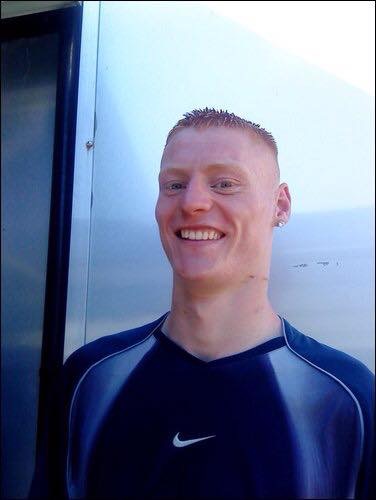 DETECTIVES from the PSNI’s Major Investigation Team (MIT)  are appealing for information over the murder of Raymond Johnston at his home inn Glenbawn Avenue, west Belfast.

The 28-year-old was gunned down with a single shotgun blast by a lone gunman in front of his partner and an 11-year-old girl.

Detective Chief Inspector Geoff Boyce said: “Our thoughts are very much with his family and I condemn this horrendous murder.

“Raymond died after being shot just before 8 pm last night.

“It is just unacceptable that someone would produce a weapon and open fire in any circumstances however it is particularly chilling that this attack took place in front of his partner and an 11 year old child in his own living room.

“I would ask for anyone who has any information about this murder to contact police.

“I am particularly keen to hear from anyone who may have witnessed a male wearing a blue coat with fur around the hood make off from the scene getting into a black car with tinted windows which drove away from the scene.

“While a definitive motive for the shooting has not been established we are exploring a number of possible lines of enquiry.

“Obviously as the investigation is at a very early stage I cannot expand further upon that at present.

“Local police will continue to maintain a presence in the area to provide reassurance to residents.

“We all have a part to play to ensure that the community in Poleglass has the time to come to terms with what has happened here and to ensure that those responsible for this murder are brought to justice.

“I would appeal to anyone who has any information, no matter how insignificant they may think it is, to contact Detectives on the non-emergency number 101, quoting reference 1192 of 13/02/18 or ask to speak to Detectives at the incident room at Musgrave Street.”