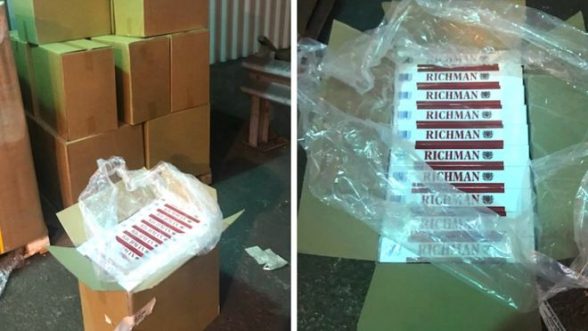 AN organised crime gang has been hit hard in the pocket after its eight million smuggled cigarettes were seized at Belfast Port.

The contraband cigarettes were found on Saturday in what has been described by officials as the biggest such seizure at the port in six years.

Border Force officers found them in a 40-ft (12 metre) container that had arrived on a ship from Singapore.

The load was listed as bed linen with a delivery address in County Down.

The cigarettes were discovered inside 800 boxes on 40 pallets.

John Oldham, assistant director for Border Force Northern Ireland, said: “By stopping the shipment Border Force has starved those responsible of the proceeds of their criminality.

“The black market cheats honest traders and it is effectively stealing from the public purse money that could be used to pay for healthcare, education and other services.

“People tempted by cheap cigarettes and tobacco should think again.”