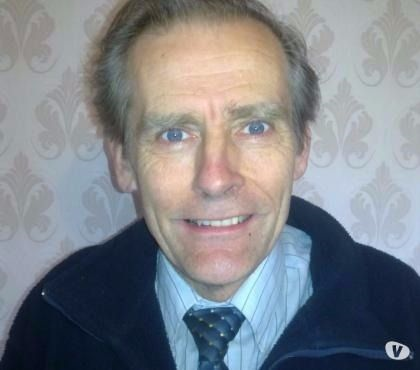 DETECTIVES from the PSNI’s Serious Crime Branch have launched a murder enquiry following the discovery of the body.

Detective Chief Inspector Alan Dickson said: “Police were called to the scene after concerns were raised by a member of the public in relation to Mr Flowerday.

“When police arrived at his Mill Road home they discovered his body inside.

“He left church on his bicycle to cycle home to Crumlin and he was wearing a high viz jacket.

“I am appealing to anyone who may have seen Mr Flowerday between 12.45pm and 9.50pm on Sunday 28th January to come forward and speak to police.

“I am particularly keen to speak with anyone who saw or spoke with him at any time over the weekend, or anyone who was in his company.

“If you have any information that can assist us with our enquiries, contact detectives on the non-emergency number 101, quoting reference number 1304 28/01/18 .

Alternatively, information can also be provided to the independent charity Crimestoppers on 0800 555 111 which is 100% anonymous and gives people the power to speak up and stop crime.”