The rag-tag group – made up of former members of the Provisional IRA – was responsible for dozens of punishment shootings and attacks on security forces.

In 2010, it was responsible for the attempted murder of Catholic police officer Peadar Heffron.

As he drove along the Milltown Road in Randalstown, the under vehicle device detonated.

It later emerged from a Police Ombudsman investigation that a source had tipped off the PSNI’s ‘C3’ Intelligence Branch of a planned attack at “Milltown”.

But ‘C3’ later told the source that officers had checked out every “Milltown” in the North of Ireland and missed out the one at Randalstown.

In October 2012, ONH shot dead Danny McKay alleging he was a drug dealer. 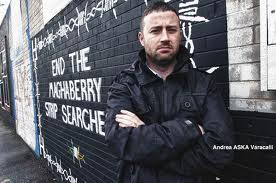 One of its leaders, MI5 agent target Carl Reilly is  currently awaiting trial on terrorist charges.

The convicted terrorist 41-year-old, of Pollard Close off the Springfield Road in west Belfast, is charged with directing the activities of ONH and membership of banned group ONH.

In a statement to The Irish News newspaper, the group stated: “At this time the environment is not right for armed conflict”.

The group, which had been heavily penetrated with informants, added: “Therefore the leadership of Oglaigh na hEireann are announcing that with immediate effect we will suspend all armed actions against the British state.”

In April last year, the group hinted that a permanent ceasefire could be on the horizon following the annual Easter commemorations in north Belfast by the Republican Network for Unity (RNU) – the political wing of ONH.

At the event, former national chairperson of the RNU Gary McNally said: “Sticking to handed down narratives and continuing to pursue failed or failing ventures in the hope of remaining relevant is accelerating irrelevancy.”