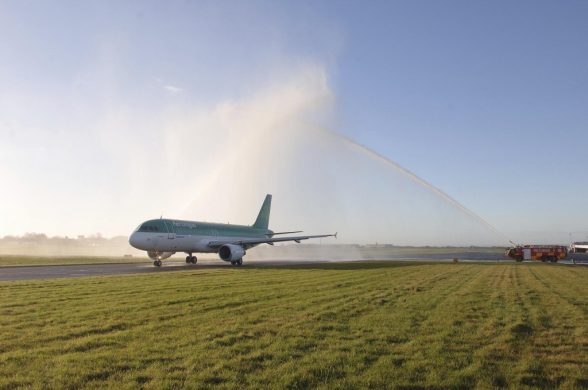 AER Lingus has just announced a Flash Sale that will definitely brighten up your day.

If you’ve been dreaming of setting off on that West Coast adventure, then now is the time as Ireland’s only 4 Star airline have released their lowest-ever fares to the U.S. West Coast – with flights from Dublin to Los Angeles from an incredible €179*, and from Dublin to San Francisco from just €219*.

But you’ll need to act fast.

These never-seen-before fares are only available online until midnight on Wednesday 17 January, for travel between 01 February and 18 March 2018.
Los Angeles

Check out all that LA has to offer: Venice Beach, Santa Monica, Hollywood, Beverly Hills… With average highs in February of 20 degrees Celsius, it’s the perfect time of year to get outdoors and explore.

Hiking, beaches, theme parks, or a tour of the homes of the rich and famous – LA has something for everyone.

Don’t forget, the eyes of the world are on Hollywood on Sunday 4 March, with the 90th Academy Awards taking place at the Dolby Theatre.

Be there to witness it first hand as the City of Lights is whipped into its annual Oscar-frenzy.

Must-sees for first-timers are the Golden Gate Bridge, Alcatraz, Fisherman’s Wharf, the Embarcadero, Chinatown, and a ride on the Cable Car.

But you’d be crazy not to take some time out of the city.

Head north and spend a day or two exploring Sonoma County and Napa Valley – one of the country’s best wine regions. Travel south, and the famously laid-back towns of Monterrey, Carmel-by-the-Sea and Big Sur are all within just a few hours’ drive from the city.

Keep in mind some great events happening in San Francisco during the travel period: