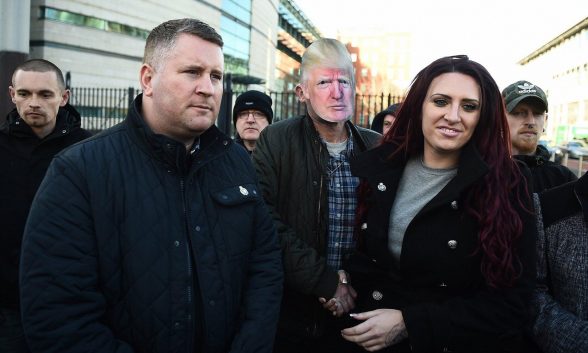 A 55 year old man has been arrested by PSNI Criminal Investigation Branch detectives in Liverpool today.

The arrest was made by PSNI detectives from Musgrave working with officers from Merseyside Police.

The man is being brought to Belfast to be interviewed under Art 9(1) of the Public Order (NI) Order 1987 in relation to speeches made at the Northern Ireland Against Terrorism Rally on Sunday 6th August this year.

Both appeared at Belfast Magistrates’ Court and were later released on police bail pending further inquiries.

She was later charged with using threatening, abusive or insulting words or behaviour.

The charges are in relation to an incident at a peace wall in Belfast on Wednesday 13th December.

Following her court appearance on the new charges, Fransen was re-admitted to bail.