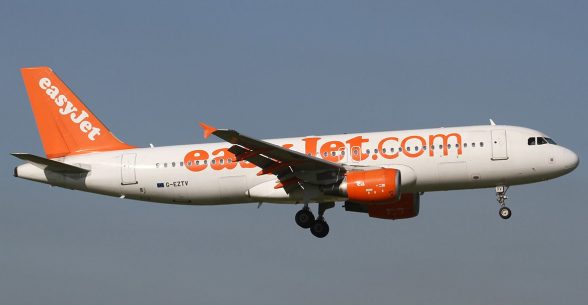 The airline will now connect Northern Ireland with the Isle of Man, Naples and Valencia.

Tickets are now on sale at www.easyJet.com

The addition of these destinations to the airline’s network brings easyJet’s number of routes operating from Belfast to 31. The announcement follows the news that the airline will add a sixth aircraft to the base, which is due for delivery in June 2018.

“We’re really pleased to be adding even more routes to our Belfast network and to be putting flights on sale today, allowing our customers to book early and take advantage of our lowest fares to a great variety of destinations.

“easyJet is the largest airline in Northern Ireland and we have been committed to Belfast airport for over 18 years. We are proud to have carried more than 50 million passengers in that time.

“We’re committed to expansion at Belfast and the addition of new routes and additional aircraft will help us to deliver long term, sustainable growth, providing passengers with a greater range of destinations, all with low fares and great service.”

“Once again we are delighted to acknowledge easyJet strengthening their presence and growing their network from Belfast International Airport.

“The addition of twice weekly year-round jet services on key days to the Isle of Man will offer genuine opportunity to grow the market between Northern Ireland and IOM for both business and leisure travellers on what will by a quirk certainly be the shortest jet route within European airspace.

“We look forward to continued close co-operation with easyJet and yet more prospective route announcements in the months ahead.”

The airline’s operation continues to grow, having seen a 5.2% increase in capacity of seats offered from Belfast compared to the previous financial year.

easyJet continues to be the largest carrier serving Northern Ireland, operating over 70% of flights from Belfast International Airport and almost 50% of all commercial passenger traffic across Northern Ireland.