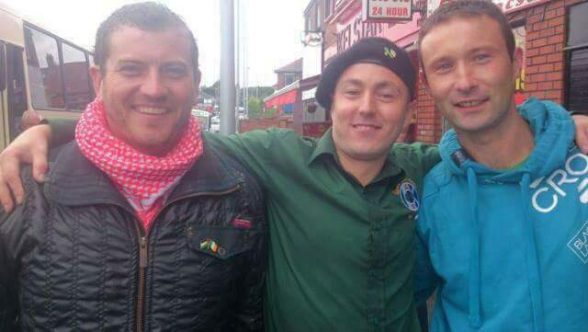 DETECTIVES from thePSNI’s Serious Crime Branch have today arrested a 41 year old man in Armagh following his extradition from the Republic of Ireland.

Damien McLaughlin had been fighting extradition to Northern Ireland where he was due to stand trial over the murder of prison officer David Black.

But McLaughlin jumped bail in December 2016 which sparked a cross border manhunt.

He was arrested in Donegal in March this yearby armed gardai on foot of a European Arrest Warrant issued on behalf of the PSNI.

His extradition to Norther Ireland follows a ruling by the High Court in Dublin on December 2 to extradite him to Northern Ireland for trial on charges in connection with the murder of David Black.

Following his extradition the man was arrested on 4 warrants for offences of aiding and abetting murder; membership of a proscribed organisation; commissioning and instigating preparatory acts of terrorism; and committing and assisting acts of terrorism.

He appeared before Armagh Magistrates’ Court today and was remanded in custody until January 12.