WHO’S A PRETTY BOY THEN? MAN ARRESTED AFTER BARNEY THE PET PARROT FOUND AFTER POLICE TIP-OFF 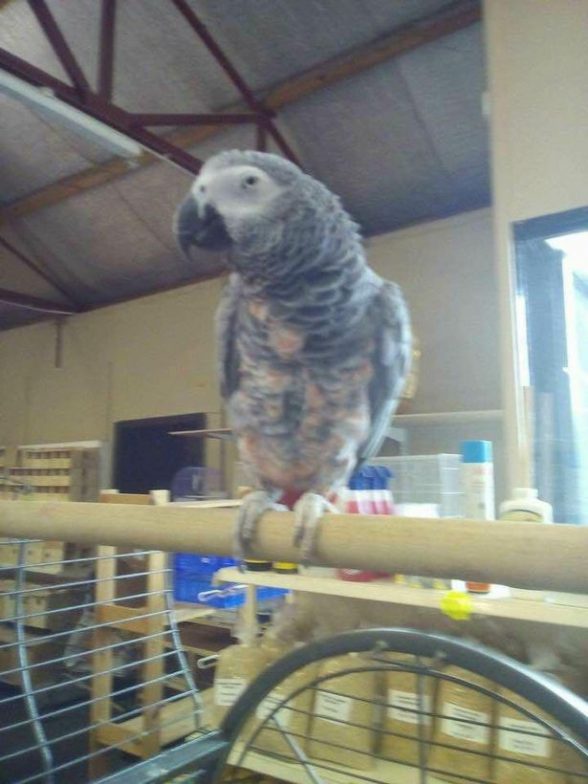 Barney the pet parrot has now been found and returned to its owners, say police

POLICE in Ballymena can confirm that a number of animals which were reported stolen from a pet shop in the Ladysmith Terrace area on Monday 4th December, have now been safely returned to the shop.

An African Grey parrot named Barney, seven tortoises, one python and two lizards were located during a search of a house in the Lanntara area of Ballymena this morning.

The owners branded those who took the animals as “scumbags”.

But hawk-eyed neighbours saved the day and alerted police who mounted a search of a property, recovered the pets and scooped a suspect for burglary and handling stolen goods.

Chief Inspector Simon Ball said: “I would like to thank the community for the information provided, through our local social media accounts and directly to the Neighbourhood Policing Team, which has brought this incident to a successful conclusion.

“One man has been arrested on suspicion of burglary and handling stolen goods and our enquiries will continue in an attempt to secure convictions for all of those involved in this crime.

“I would appeal to anyone who witnessed the incident or anyone with any information that could assist with the investigation, please contact police on the non-emergency number 101, quoting reference 213 04/12/17.

“Alternatively, information can also be provided to the independent charity Crimestoppers on 0800 555 111, which is 100% anonymous”.

All animals are thankfully safe and well after their ordeal.