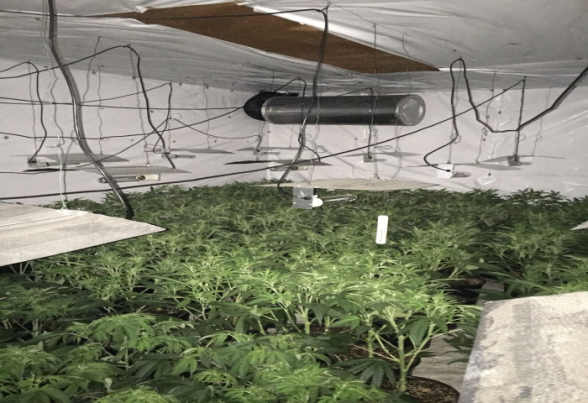 DETECTIVES have charged three people after £600,000 worth of cannabis was discovered by police in Belfast.

It followed a planned search of commercial premises on the Gransha Road, Castlereagh, on Tuesday.

Two guns and £5,000 of cash were seized following six further searches in Dromore, Belfast and Lisburn.

A total of six people were arrested.

Two men aged 22 and 40 and a 35-year-old woman have been charged with a number of offences.

The others were released on PSNI bail.

They included a 53-year-old man, who was arrested in the Antrim area, and a 60-year-old woman and a 61-year-old man who were detained in south Belfast.

The 35-year-old woman and 40-year-old man were charged with producing a Class B controlled drug and assisting unlawful immigration.

The three are expected to appear at Ards Magistrates Court on Thursday.

The operation was carried out by the PSNI’s Criminal Investigation Branch in conjunction with Immigration Enforcement.