AROUND THE WORLD IN £80: STUDY REVEALS HOW FAR IT WILL TAKE YOU 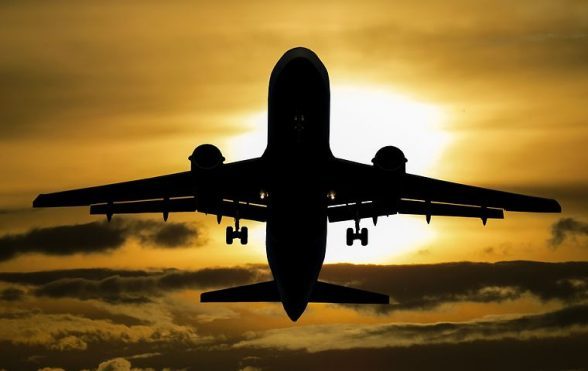 HOLIDAYMAKERS have been at the mercy of the travel industry in recent weeks, but new research can reveal what a budget of £80 can get you – so you don’t have to break the bank on that winter getaway.

The new study, conducted by discount voucher website, MyVoucherCodes, looked into tourist activities across the most popular cities for Brits to see just how far you can get on the same budget.

Activities included visits to cultural sites, tasting local delicacies and of course, having a cheap pint of beer.

When comparing like for like, Budapest is home to the cheapest pint of beer, with the average costing only £1.46, meaning £80 could buy you 54 pints – although we wouldn’t recommend it!

Meanwhile, Reykjavik is the priciest place for a pint where the average costs £6.11, allowing only 13 pints for the same budget.

This is closely followed by Paris where you can buy 14 pints of the cold stuff.

The study found Moscow to be the most expensive city for travel, with a daily transport pass costing a whopping £16.91, 23% of the total budget.

However, a similar pass in Buenos Aires costs a minimal £1.08, so you can travel around the city to your heart’s content.

The European city of Budapest comes out on top for overall affordability, with tourists being able to visit 13 different attractions for just under £80.

In contrast, Tokyo, Cape Town and Reykjavik offered the least activities with seven a piece.

Once you have flights and accommodation booked, there’s not much difference between European cities.

The historical city of Rome is the most cost-friendly city for anyone wanting to enjoy national natural landmarks, with a visit to The Colosseum, The Pantheon and The Vatican coming in at a combined cost of only £24.97.

Similarly, in Paris, entry to the Eiffel Tower is £15.16, while a trip to one of the most famous museums in the world, The Louvre, will only set you back £13.37.

Berlin ranks first for museums with many offering free admission, a visit to The Reichstag Museum, the Berlin Wall Memorial and the Holocaust Museum costing nothing at all.

Cardiff beats both London and Edinburgh to be crowned the most cost-friendly UK city analysed. A tour of Cardiff Castle costs £15.75, considerably cheaper than the Edinburgh Castle Tour (£17) and the Tower of London, £21.50.

Visitors to the Welsh capital can also enjoy nine other activities for the budget, including the Cardiff Bay Speedboat Experience and hop on the sightseeing bus tour.

Looking further afield, New York, one of the most popular destinations for Brits1 comes in as a costlier option.

Viewing the world-famous skyline from Empire State Building is a hefty £25.79, one of the most expensive attractions within the study, while a trip to the Statue of Liberty and Ellis Island costs £19.41.

Despite the high cost of tourist attractions, New York offers great value for local cuisines – a large slice of Artichoke’s signature pizza is £3.79.

Chris Reilly, Managing Director of MyVoucherCodes commented: “We know October is one of the most popular months for travel, with many people heading abroad for the autumn half term, but what might seem like a cheap last-minute deal, may turn into an expensive jaunt depending on what each city has to offer and the prices.

“Researching ahead of time will help you get a feel of how much is going to be needed.”