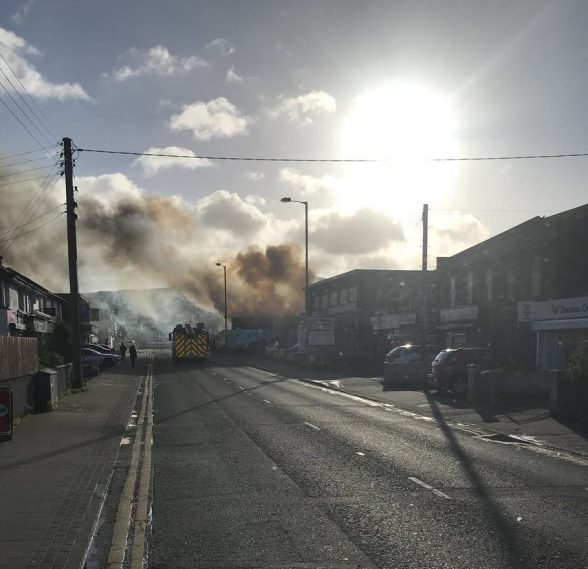 A RAGING fire at a car wash premises in Glengormley is being treated as accidental.

The blaze at Eurowash on the Antrim Road erupted just before midday.

As a result, police issued a warning about poor visibility caused by heavy smoke from blaze at the former petrol station .

Police sealed off the area around the car wash, which is located on the site of a disused petrol station.

The buildings on the old garage forecourt were totally destroyed in the blaze.

A Fire and Rescue Service spokeswoman said three crews from Glengormley and Belfast were called to the scene at 11.51 am.

An aerial fire appliance from Knock Fire Station was also brought in to help deal with the blaze.

“Firefighters dealt with a fire in a disused petrol station building which is being used as a car wash,” a NIFRS spokeswoman said.

“The incident was dealt with at 3.17 pm and the cause of the fire is being determined as accidental.”