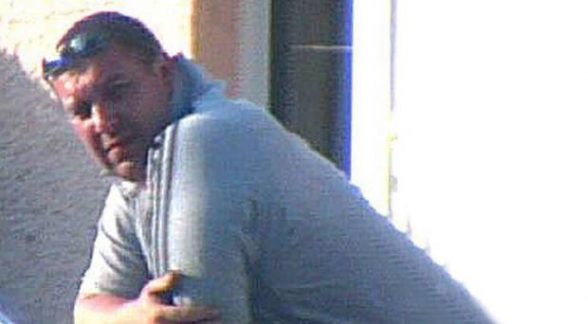 EVIDENCE from former UVF brigadier turned supergrass Gary Haggarty is to be used in the prosecution of a man over the Troubles murder of two Catholic workmen in Northern Ireland.

Barra McGrory QC on Tuesday confirmed that the remaining decisions as to prosecution of three suspects named by Assisting Offender Haggarty have now been taken.

James Smyth is expected to be charged early in the new year in connection with the 1994 killings. Under the Good Friday Agreement, if convicted he will be eligible for release from prison within two years.

Eamon Fox, 44, and Gary Convie, 24, were shot dead by the Ulster Volunteer Force (UVF) in North Queen Street in Belfast as they ate lunch in their vehicle.

Director of Public Prosecutions Barra McGrory QC said:  “Last month, I set out the decisions not to prosecute 13 individuals named by Assisting Offender Gary Haggarty, based on our conclusion that the evidence currently available in those cases is insufficient to provide a reasonable prospect of obtaining a conviction.

“The other two suspects were reported in relation to the murder of Mr Alan John Harbinson on May 18, 1997.

“Those enquiries are now complete and the Test for Prosecution has been applied to all of the available evidence and information.

“Taking first the case of the murder of Mr Harbinson, I have concluded that the Test is not met in respect of either of the two reported suspects on the basis that the available evidence does not provide a reasonable prospect of conviction.

“I have spoken before about the complex task of assessing the credibility of an assisting offender. In relation to Gary Haggarty, given all the relevant circumstances including his admitted criminality, I consider that his evidence alone is insufficient to prove an allegation beyond a reasonable doubt.

“The evidence currently available to us does not provide the necessary support for Haggarty’s identification of the reported suspects as those involved in the abduction and murder of Mr Harbinson.

“Turning to the murders of Mr Convie and Mr Fox, I am satisfied that there is independent evidence which is capable of supporting his identification of the suspect. This includes both eye witness and forensic evidence.

“In these circumstances, I have concluded that there is a reasonable prospect of conviction and that the Test for Prosecution is met.

“I confirm that we intend to use assisting offender Gary Haggarty as a witness in this prosecution.

“The reported suspect will be prosecuted for the following offences:

3. Attempted murder of Witness A

4. Possession of a firearm and ammunition with intent to endanger life

5. Membership of a proscribed organisation, namely the UVF.

“I am mindful that this announcement will be difficult for the families involved in each of these cases. We are continuing to keep them updated on developments.”

Haggarty, 45, pleaded guilty in the summer to 202 terror offences, including five murders.

He is due to be sentenced and was expected to walk free, having already served three years in custody on remand – the equivalent of a six-year sentence – under the controversial assisting offender legislation.

A contentious state deal offered him a significantly reduced prison term in exchange for his evidence against other loyalist paramilitaries.

This new charge in relation to the Fox and Convie killings would be first time his evidence has been used against another person.