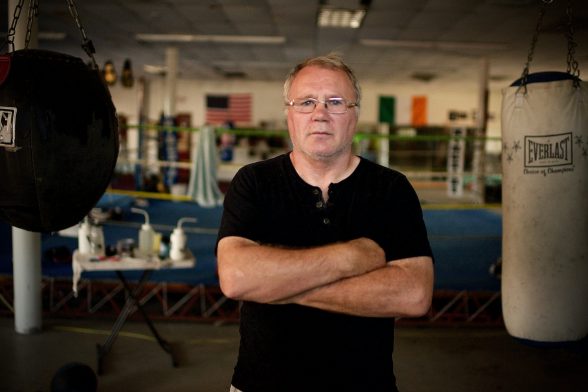 A film directed and produced by Belfast based production company Below The Radar is set to open in Irish cinemas on 24 November.

ROCKY ROS MUC premiered in Boston in March and the prestigious Galway Film Fleadh in July.

The film has already been released in cinemas in New York, LA and Boston and is now set to open to audiences in Ireland.

It has been submitted for consideration in the 2018 Academy Awards, a first for an Irish language feature documentary.

ROCKY ROS MUC is a gritty film about the story of Galway boxer Sean Mannion, a world-class boxer who left the Irish-speaking village of Ros Muc in Galway, for Boston, in the 1970s.

The film examines Mannion’s fighting spirit inside the ring as a professional boxer, and his life outside the ring where his sparring partners and friends at the time were at the heart of Whitey Bulger’s notorious Winter Hill gang and the South Boston criminal underworld.

“We are really excited that finally, after several months on the film festival circuit, Irish audiences will be able to go and see ROCKY ROS MUC in the cinema.

“The film has had a phenomenal response already in the US, and we know Irish audiences will be similarly gripped by the heart-breaking story of Sean Mannion.

“The film has also been long listed for an Oscar which has been a dream come true for all of us who have worked on the film, as well as Sean Mannion himself. Being the first Irish language feature documentary to qualify in this way is a real honour.”

The film will also host special Irish language screenings of the film in the OFT Belfast on Sunday 26 November (6.10pm) and again in The Eye Galway on Tuesday 28 November (7.15pm), followed by an Irish language Q&A.