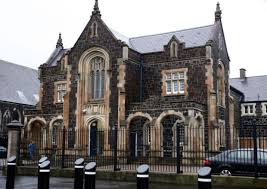 The charges are in connection with an incident at a house on Clonavon Road in Ballymena on Saturday, October 7.

A female sustained injuries after a number of men forced their way into a house and assaulted her.

The incident is being treated as a racially motivated hate crime.

The male was arrested following a search and arrest operation in the Larne Road area of the town this morning, Wednesday, November 8.

He is expected to appear before Ballymena Magistrates Court on Thursday, November 23.