BROKENSHIRE IN BRUSSELS FOR MEETING WITH KEY EU OFFICIALS 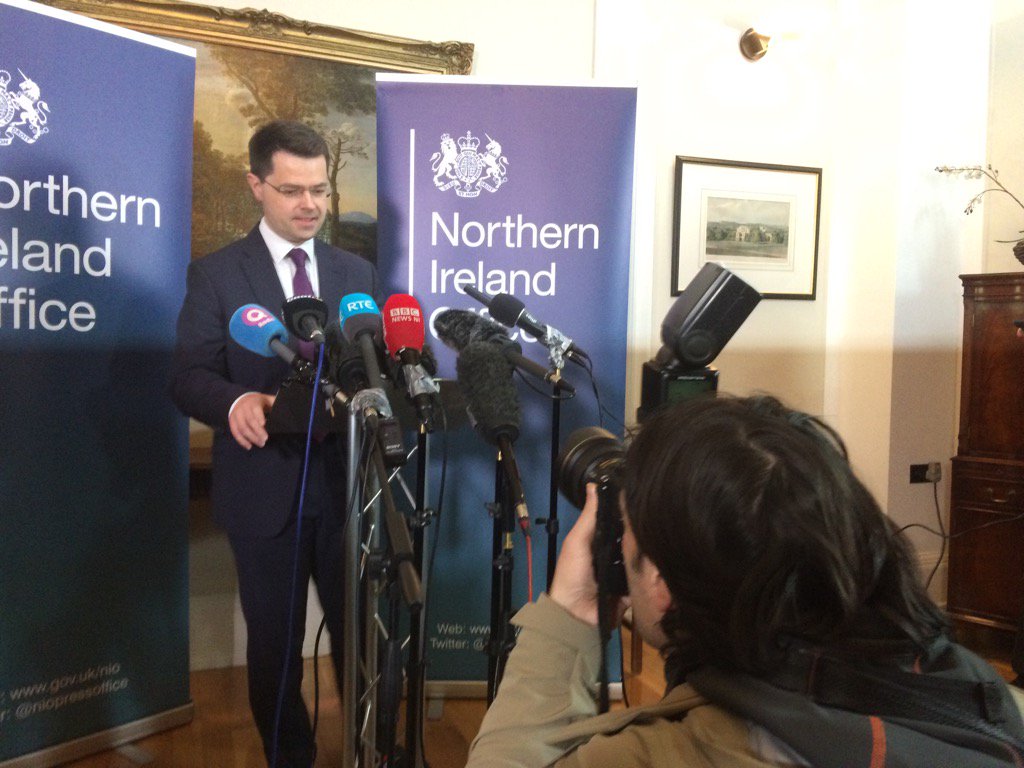 SECRETARY of State James Brokenshire is in Brussels to continue his engagement with key stakeholders in between Brexit negotiation rounds.

Mr Brokenshire will update leading EU figures on the current political situation in Northern Ireland as well as emphasising the unique issues affecting NI as the UK prepares to leave the EU.

The Secretary of State will meet Michel Barnier, the European Union’s Chief Brexit Negotiator, and update him on talks to form an NI Executive and the remaining political challenges Northern Ireland faces in relation to exiting the EU.

The Secretary of State will use the opportunity to update MEPs, including those from across the island of Ireland, on talks to restore an Executive at Stormont and discuss the unique economic, social and political context of Northern Ireland in view of Brexit.

“My visit to Brussels today comes at an important time. Negotiations are underway and we want to secure an agreement that delivers for all parts of the UK, including Northern Ireland.

“As Secretary of State I am fully committed to ensuring that, as negotiations progress, the interests of Northern Ireland are protected and advanced, through the development of specific solutions to address its unique circumstances.

“Of course it would be better if there were an Executive in place, with whom we could also engage directly, and that is why we are working to ensure the resumption of stable devolved government in Northern Ireland. I and my department will continue to advocate for Northern Ireland’s interests and needs at the heart of Government.

“We are going to make the most of the opportunities that our departure presents to Northern Ireland – getting out into the world and doing business right across the globe, while at home building a UK that works for everyone.

“As I have said previously, the UK Government fully recognises the shared history that exists between the people on the island of Ireland as well as between Ireland and Great Britain so maintaining the Common Travel Area and preserving the Belfast (Good Friday) Agreements are top priorities for us.

“Northern Ireland is the only part of the UK to share a land border with an EU member state, and we recognise the flow of traffic across the border on a daily basis for people going about their daily business is essential as we move forward.

“There must be no physical infrastructure at the border.

“I believe that specific solutions can be found to Northern Ireland’s unique circumstances, and the UK Government will do all in its power to secure an outcome that works for all parts of the United Kingdom.

“I will be reinforcing this message during my discussions.”

During a keynote speech Mr Brokenshire will tell members of the European Policy Centre, EU officials and the assembled media that Northern Ireland is immeasurably in a better place today than it was 20 years ago but we must continue to tackle the challenges of today.

A full transcript of the Secretary of State’s speech will be published upon delivery.