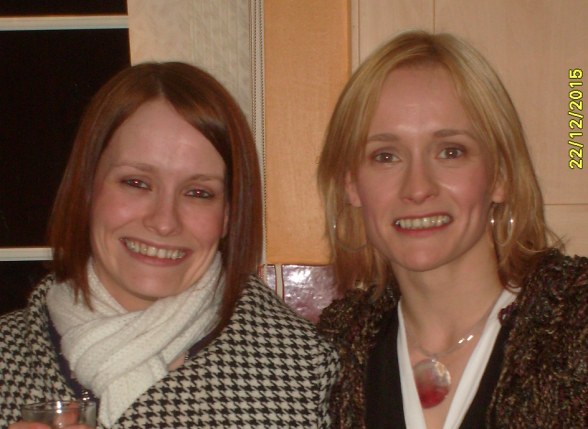 Charlotte Murray (right) with one of her sisters

A MAN has been arrested over the murder of missing Charlotte Murray.

Detective Chief Inspector Eamonn Corrigan said: “Detectives from Serious Crime Branch have this morning arrested a 46 year old man in Dungannon on suspicion of the murder of Charlotte Murray.

“He has been taken to Dungannon Police Station where he is currently being questioned by detectives.

“We continue to investigate Charlotte’s murder and I would appeal to anyone who has information to contact detectives in Gough on 101 extension 34233.

“Charlotte has been missing for five years and her family miss her and deserve and need to know what happened to her.”

Last week police and Charlotte’s family issued a fresh appeal for information about her murder and the whereabouts of her remains.