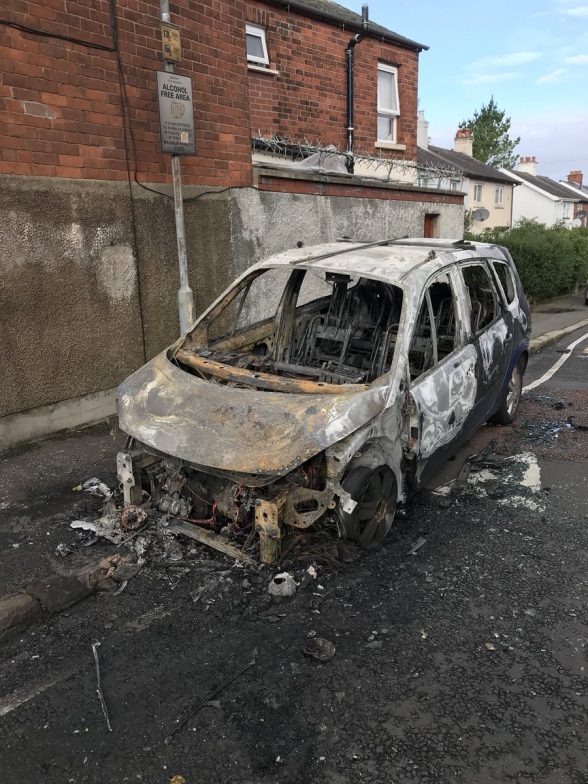 POLICE are appealing for witnesses after a number of cars were set on fire in east Belfast early this morning, Sunday 22 October.

Shortly before 4.15 am police received a report that a car parked on Florida Street had been set on fire.

The car was extensively damaged as a result and a number of other cars parked nearby were also damaged in the incident.

Around the same time police on patrol in the area of Wayland Street discovered a small fire on the bonnet of a parked car.

The fire was extinguished.

Damage was caused to the bonnet and windscreen of the car as a result.

A short time later police received a report that a car parked in Carlingford Street had been set on fire.

The car was extensively damaged as a result.

Police are investigating a link between these incidents and are treating them as racially motivated hate crimes.

Police are appealing for anyone who witnessed the incidents or anyone with any information that can assist with the investigation to contact officers in Strandtown Police Station on 101 quoting reference 362 22/10/17.

Or, alternatively if someone would prefer to provide information without giving their details they can contact the independent charity Crimestoppers and speak to them anonymously on 0800 555 111.

“If you saw anything in Carlingford Street please contact PSNI.

“Belfast is for everyone!”