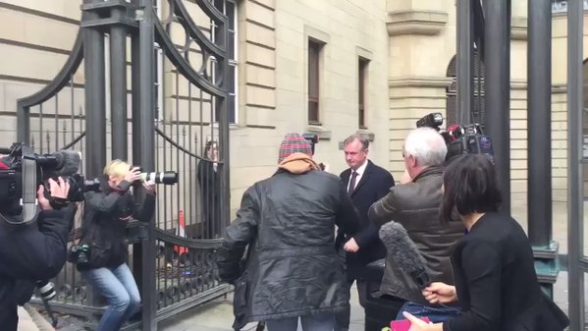 Edinburgh Sheriff Court heard he was caught by police on the outskirts of the city at about 1am on September 10 this year around three times the legal drink-drive limit.

Sheriff Thomas Welsh QC banned O’Neill from driving for 16 months and fined him £1,300.

Prosecutor Chloe Shoniwa told the court that police officers had “reason to stop” Mr O’Neill as he drove on the Edinburgh city bypass between Lothianburn and Straiton.

They breathalysed him and he was found to have a breath alcohol level of 65mcg compared to the legal limit of 22mcg.

Defence solicitor James Mulgrew told the court: “This was simply a bad error of judgement on the part of Mr O’Neill.”