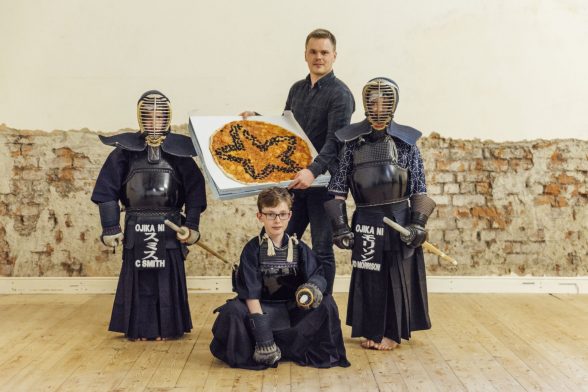 LITTLE Wing Pizzeria is spreading its wings into the local community and dishing out eight bursaries to local children’s clubs next month as its Little Stars scheme returns for the fourth year.

Since the scheme launched in 2014, eighteen clubs from across NI have benefited and this year eight clubs will receive a bursary of £500 each.

The programme is open to all clubs for kids under the age of thirteen located near any Little Wing branch. Branches include: Ann Street, Lisburn Road, Ballyhackamore in Belfast, Holywood, Bangor, Lisburn and Enniskillen.

Little Wing is also extending the bursary scheme to local clubs in Newtownards to mark the pizzeria’s expansion into the area with a new restaurant opening in the town in early 2018. Last month, Little Wing Pizzeria was also named Belfast’s favourite family restaurant as part of Belfast Live’s Belfast Loves campaign.

Ojika Sempai (Senior Student) Jim Toman from Ojika NI, one of the winning clubs from the last scheme, said: ‘The Little Wing Little Stars bursary is a great initiative.  We were lucky enough to be one of the winners in the last scheme and will be using the money to send members of the junior club to a competition in London in October.

“This will be the first time the junior club will compete outside of Northern Ireland and the bursary made a massive difference towards funding the trip.”

To apply for the Little Wing Little Stars bursary scheme, children’s clubs simply need to submit a 300-word entry or create a two minute video, explaining why they need the bursary and what it will be used for, along with the location of the club’s nearest Little Wing restaurant.

Entries should be emailed to bursaries@littlewingpizzeria.co.uk before the closing date of November 10.