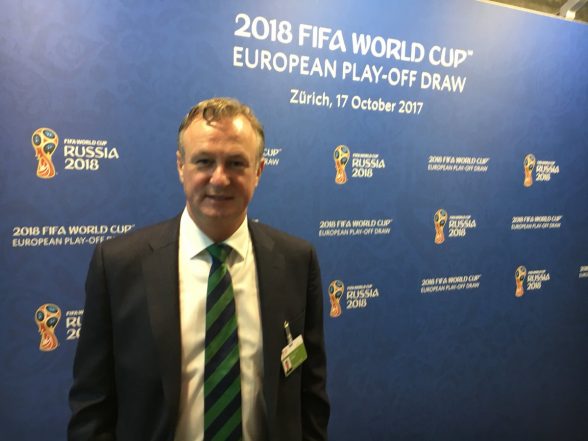 NORTHERN Ireland have been drawn against Switzerland in the play offs for the World Cup finals in Russia next summer.

The draw was made at 1 pm at FIFA’s headquarters in Zurich.

Michael O’Neill’s side was first to be drawn and got a surprise home first leg against Switzerland at Windsor Park next month.

The return leg is expected to be in Basle

In the other games Croatia host Greece while Sweden take on Italy at home in the first leg.