TEEN HELD BY ‘THE UNTOUCHABLES’ UNIT IN POLICE TERROR PROBE 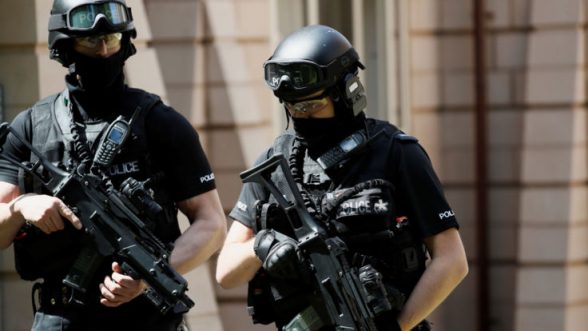 DETECTIVES from the PSNI’s new paramilitary busting unit ‘The Untouchables’ have made a fresh arrest.

A spokesperson said: “The arrest is in connection to an investigation into serious crime in the Belfast area.

“The male has been taken to Musgrave Serious Crime Suite where he is currently being questioned by police.

“A vehicle has been seized as part of police enquiries.

“A number of further searches are taking place.”