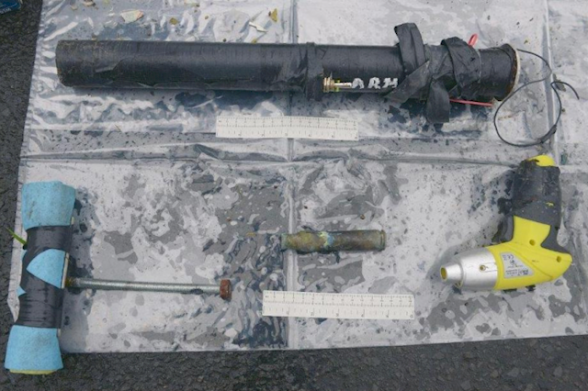 DETECTIVES from the PSNI’s Terrorist Investigation Unit are appealing for information following the discovery of a rocket launcher and other terrorist related articles at Budore Road, Dundrod.

Police were made aware of a suspicious object in the area at around 5.30pm on Sunday 8th October.

An operation was immediately put in place to locate the object.

A number of roads were closed overnight to ensure the safety of the public whilst enquiries were carried out.

ATO were tasked to the scene and removed the objects for further examination yesterday.

Detective Inspector David Lowans from PSNI’s TIU said: “Our investigation is at an early stage however we now believe that the improvised rocket launcher has been in the Budore Road area for between 3-4 weeks.

“We have also established the launcher was viable which demonstrates that whoever left it there had no regard for who might come across it.

“During further searches on Monday, officers found a bag in a ditch less than 40 metres away from the rocket launcher which contained a replica pistol, baseball bat, hammer and gloves.

“While I am not able to link the finds at this stage they both bear all the hallmarks of Dissident Republicans and this is a strong line of enquiry.

“We are carrying out further searches of the area today following information from members of the public.

“I would like to thank the community in this area for their cooperation during this operation.

“I would also like to appeal to anyone who may have noticed any suspicious activity in the area in the past four weeks or discover anything suspicious on their land to contact detectives at Castlereagh on 101 quoting reference number 1143 08/10/17. 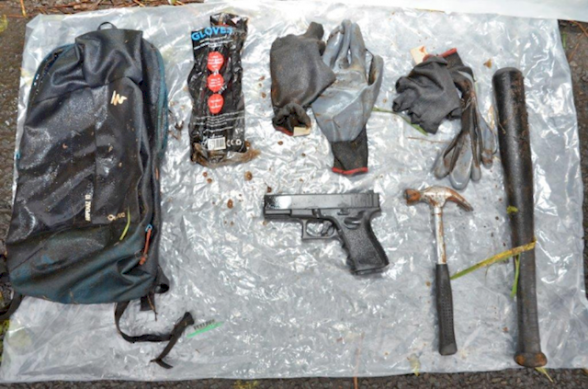