WORLD CUP QUALIFIER: NORTHERN IRELAND DARE TO DREAM OF A WIN OVER GERMANY 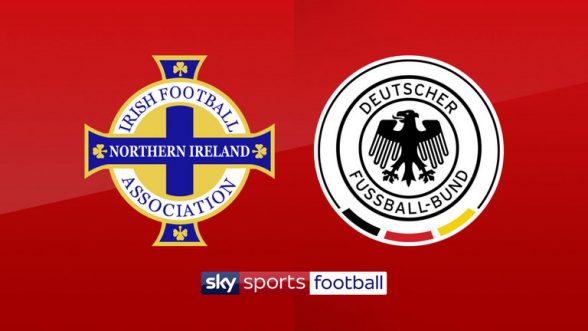 Northern Ireland clinched a top-two finish when they beat Czech Republic 2-0 in September, meaning they will either reach the 2018 World Cup automatically or have a shot at the play-offs if they finish second.

The latter outcome is more likely as a draw at Windsor Park will be enough for Germany to secure top spot and the defending champions have never lost an away World Cup Qualifier.

Northern Ireland boss Michael O’Neill said: “I think Germany are the strongest team in Europe, arguably the world. The players they have coming into their squad seem to adapt to international football very quickly.

“We’re under no illusion, we’re not going to come in and suddenly have 60 per cent of the ball, there’s no point preparing as if we are.

“We know the areas where we believe we can hurt Germany. It will need a massive performance and some fine individual moments to win the game.

Aaron Hughes has withdrawn from the Northern Ireland squad after picking up a calf strain, with Dunfermline defender Callum Morris being called up in his place. Craig Cathcart (knee) will also miss out.

Jerome Boateng and Leroy Sane have both been included in the group after missing out last month.

Germany are unbeaten in their last 17 matches in all competitions, winning 14 and drawing three.

Northern Ireland have won their last five internationals, their longest ever winning run.

Both sides have conceded just two goals so far in European 2018 World Cup qualifiers; a competition-low.

Michael McGovern has kept more clean sheets than any other goalkeeper in European World Cup 2018 qualifiers (7).