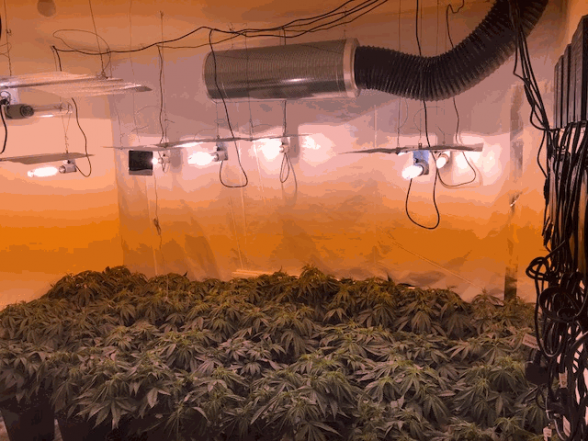 Inside the massive cannabis factory with plants worth £400,000 were seized

A 41 year old man has been charged after police smashed a massive cannabis factory yesterday.

He is expected to appear before Belfast Magistrates’ Court later this morning for a first remand hearing.

The charges are in connection with the seizure of cannabis with an estimated street value of £400,000 following a search in the Coalisland area yesterday.