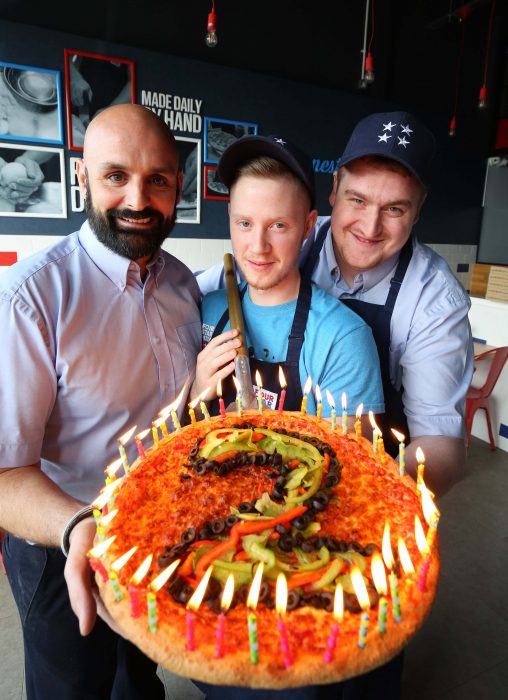 The store officially opened its doors on Marine Highway in September 2015 as part of a £150,000 investment.

And since then it has delivered no fewer than 180,000 FRESH PIZZAS to homes in the Carrick area, using OVER TWO MILLION pepperoni slices, 22 TONNES of cheese and 38 TONNES of flour.

Customers wanting to join in the celebrations can claim their ‘buy one get one free’ offer by calling a delivery on 028 9335 1489, online at www.fourstarpizza.co.uk or via the Four Star Pizza app.

Alternatively, they can visit the store and enjoy their pizzas in the sit-in area.