PREMIER OF THE ‘MAZE’ TO TAKE PLACE IN BELFAST TODAY 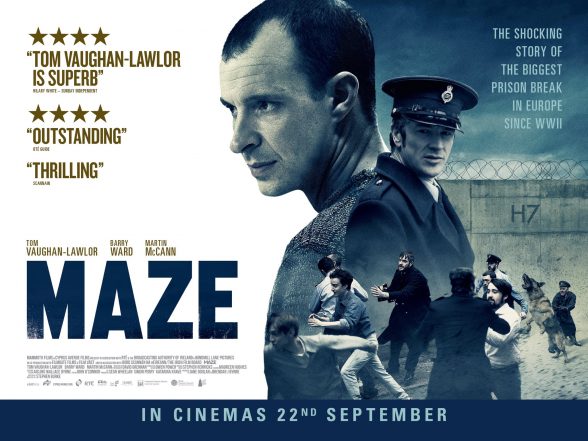 THE premiere of new film ‘MAZE’ starring Tom Vaughan-Lawlor and directed by Stephen Burke is set to take place in Belfast on Thursdayevening in association with the Belfast Film Festival.

The film, inspired by the real-life story of the 1983 Maze prison break-out orchestrated by Larry Marley, saw 38 IRA prisoners attempt to escape from one of the most high-security prisons in Europe.

The film received critical acclaim after its first festival outing at the Galway Film Fleadh in July and will be released by Lionsgate UK on September 22nd.

Stephen Burke, MAZE Director and Writer said: “I began my writing and directing career making short films about characters caught up in the Northern Ireland conflict. #

“MAZE marks a return to this theme for me almost twenty years on.

“The film focuses on a unique time in recent history and we have hopefully reflected the rawness and bitter reality of the 80’s through the main actors.”

“In my previous work I’ve used the dual perspective approach to delve deeper into the conflict and this comes through in the interaction between the Larry Marley character and his befriending of the prison warder played by Barry Ward.

“The official inquiry on the breakout referred to this episode as an ingenious and audacious escape and we’ve worked hard to show the personal interaction between all sides which led to that moment.”

“Many of us are aware of and grew up with the story of the Maze breakout.

“This film gives us a dramatic look at what might have gone on inside the H Blocks in the lead into the final months and days of the planned escape.

“Tickets for the premiere are selling fast and we encourage anyone who wants to come along to go to the Belfast Film Festival website and book soon.” 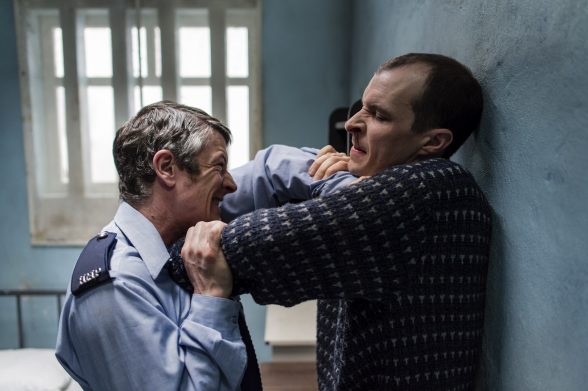 MAZE was produced by Jane Doolan and Brendan Byrne who also directed Bobby Sands:66 Days which broke several records in Ireland based on cinema ticket sales.

It will be released in cinemas on 22 September.

The Premiere on Thursday at the Movie House Cinema will also include a Q&A session with Director Stephen Burke, Tom Vaughan Lawlor, Barry Ward and producer Brendan Byrne after the screening.