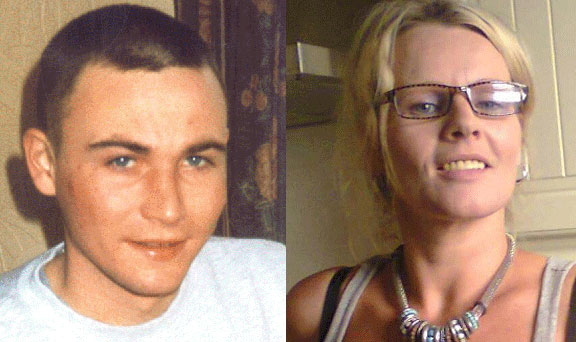 THE Police Ombudsman, Dr Michael Maguire, has said that police decision making which led to the release from custody of a man who had been arrested for assaulting his partner was flawed.

Three days later the man and another person killed this woman and her friend.

In a report published this morning, Dr Maguire concluded that had a more appropriate course of action been taken by police, it may have reduced the likelihood of what was to happen.

Although the Police Ombudsman identified one ‘very competent’ officer who ‘did the best he could,’ six police officers have been disciplined for failures identified in the investigation.

The report catalogues a series of flawed decisions, including an incident when police went to a house where, unknown to them, it’s thought the man was holding this woman against her will.

Unable to get any response after knocking the front door and at a front window, they then left, without checking the back door or the rear of the property.

This man was known to police as a violent offender who wore an electrically powered tag to monitor his movements at night.

Later, they released him from police custody to a house which had no electricity supply.

The Police Ombudsman investigation was initiated after the discovery of the bodies of Caron Smyth and Finbar McGrillen at a property in south Belfast on 13 December 2013.

It’s believed they had been murdered the previous morning, sometime between the hours of 4am and 7am.

Two men received prison sentences for their murders, one of whom was Sean Hegarty, a former partner of Caron Smyth.

Police had Hegarty in custody several times that year, including during the weekend prior to the murders

Police had Hegarty in custody several times that year, including during the weekend prior to the murders, when it was alleged he had assaulted Ms Smyth.

They referred the issue of whether they had dealt with him properly during these periods to the Police Ombudsman’s Office for independent investigation.

Sean Hegarty had a lengthy criminal record, with more than 70 convictions and several allegations of abuse of previous partners.  He had been categorised on police systems as a ‘violent offender.’

In January 2013, police had a report that during a burglary he had assaulted a home owner with a hammer.

In early April, they received a report that he had assaulted a man in Strabane.

Later that month, he was given a prison sentence for assault on a former partner the previous year.

Prior to his release, Hegarty was discussed at a Protection Panel meeting, part of the Public Protection Arrangements in Northern Ireland (PPANI). It concluded that he could cause serious harm by carrying out a sexual or violent offence.

In May 2013, he was released from prison and during that summer began a relationship with Caron Smyth, who lived at Drumaness in County Down.

In June, police received a report that Hegarty was in a premises in Belfast threatening to kill a former partner.

Also that month they received a report that he had assaulted a relative, cutting the man’s face with a knife.

In July, they received reports that he had made a threatening phone call to an ex-partner and had threatened a woman with a knife.

In October, he was arrested for his alleged involvement in the knife attack on his relative and was released on court bail.

The conditions of bail were that he live at Caron’s home, not go out between the hours of 10pm and 7 am, be fitted with an electronic tag to monitor that he keeps the curfew and present himself at the door of the property if asked by police or the monitoring service which operated the tagging system.

Shortly after midnight on Saturday, 7 December, police officers called at Caron’s address to conduct a ‘bail check’ on Hegarty.

According to a report she later made, he was inside, holding her against her will:

“Police knew Hegarty was tagged and further checks should have confirmed he was on the premises.  Yet, when no one answered the front door they left, without checking  further.

Police should have checked Hegarty’s location, before leaving house where he was holding Caron against her will.

Officers filed a report that he had breached his bail conditions but took no other action that day,” said Dr Maguire.

On Sunday, 8 December, Caron contacted police to say Hegarty had locked her in the house since Friday and assaulted her with a metal bar. She said she managed to escape and had gone to a relative’s house.

Police met Caron and compiled a report which detailed her injuries, and recorded her as saying she was frightened and thought Hegarty was going to kill her. It concluded that she was at ‘risk of serious harm.’

Caron also said she wanted to withdraw the use of her address as part of Hegarty’s court bail conditions.

Police then arrested him for assault and for breaching those conditions.

On Monday 9 December, he was released on police bail, on condition that he did not contact Caron nor enter Drumaness.

The conditions of his previous court bail remained in place, although police, without the authority of the court, changed the location he was to live at to an address in Belfast which he had supplied.  He continue to be subject to a night time curfew and to the wearing of an `electronic tag.

On Thursday December 12, Hegarty and another man murdered Caron and Mr McGrillen

Dr Maguire said the police decision making which led to Hegarty’s release was flawed, failed to protect his victims and to adequately assess the risk presented by a violent offender:

“This was a man who was flagged on police systems as a violent offender and who had breached court bail conditions the previous weekend, when they believed he committed a violent assault.

Police decided to release him to a different address, even though only a court can authorise a change of court bail address.

They did not properly check the suitability of this new property: had they done so they would have established it did not have an electricity supply needed to operate the electronic tag,” he said.

The Police Ombudsman recommended that eight officers be disciplined for failures identified during this investigation.

Six have now been disciplined. One had been required to resign in connection with an unrelated matter and police dismissed the charges against the eighth officer.

Dr Maguire made a number of recommendations for revision of the relevant policies for  dealing with violent offenders, which have now been acted upon.

The PSNI has apologised to both the McGrillen and Smyth families for the failings of its officers.

ACC Alan Todd said: “The Police Service of Northern Ireland acknowledges the PONI
report into police contact with Sean Hegarty in relation to the murders of Ms Caron
Smyth and Mr Finbar McGrillen.

“At the outset, we extend our sincere sympathies to the families of Caron Smyth and
Finbar McGrillen.

“The Police Service of Northern Ireland is committed to keeping people safe. This
report is difficult reading and I acknowledge that on this occasion, we failed to
effectively manage the risk posed to the public by Sean Hegarty and for that we
apologise.

“The Police Ombudsman made five policy recommendations within this report in
seeking to help prevent such events happening again and we have accepted these
recommendations in full.

“We have disciplined a number of officers as a result of this case. We are now in the
process of addressing some of the issues raised within the report in terms of our
systems and processes, such as reminding every officer about their responsibilities
when it comes to dealing with bail.

“It may be of no comfort for the families of Caron Smyth and Finbar McGrillen but I
would reassure the public that we will take learning from this and ensure steps are
taken to help prevent a tragedy like this occurring again.”