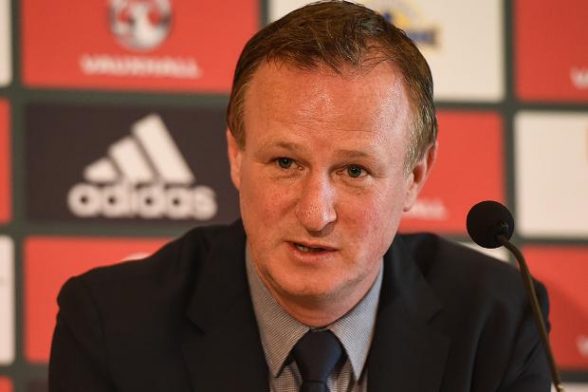 NORTHERN Ireland manager Michael O’Neill has been arrested and charged with drink-driving.

According to the Scottish Sun newspaper, he was detained by police on the outskirts of Edinburgh on Sunday.

Police Scotland said they arrested and charged a 48-year-old man in connection with drink-driving eastbound on the A720 at about 12.55 am on Sunday.

He is due to appear at Edinburgh Sheriff’s Court on October 10 for a first appearance on the charge.

In a statement, the Irish Football Association (IFA) said it was “aware of an alleged drink-driving incident involving Michael O’Neill”.

The IFA added that it was a “police matter” and would make no further comment.

He has enjoyed considerable success during his five-and-a-half-year tenure, guiding the team to their first ever European Championship finals last year.

Under his leadership, Northern Ireland made it through to the last 16.