THE PSNI is running the latest phase of a campaign to tackle street-level drug dealing across Northern Ireland.

Operation Torus is an initiative which the Police Service runs twice a year to help remove drugs from our communities.

“Over the past number of years, we have had considerable successes with Operation Torus.

“In the most recent phase of the initiative between February and March this year we seized £793,000 worth of illegal drugs, conducted 389 searches resulting in 92 arrests and also charged or reported 74 people to the Public Prosecution Service.

“Every day our officers are working to disrupt the supply and sale of drugs on our streets.

“For us to be as successful as possible, we need the help and support of local communities to remove this illegal activity from our streets.

“That is why we run Operation Torus, because it empowers local people to come forward with information about drugs in their area.”

Figures for the same period the previous year showed 5,533 drug seizures and 2,815 arrests.

Detective Chief Inspector David Henderson added: “Our first Operation Torus campaign in 2017, which ran from February 27 to March 26, resulted in police seizing more than £793,000 worth of drugs and making 92 arrests, as well as charging or reporting 74 people to the Public Prosecution Service. 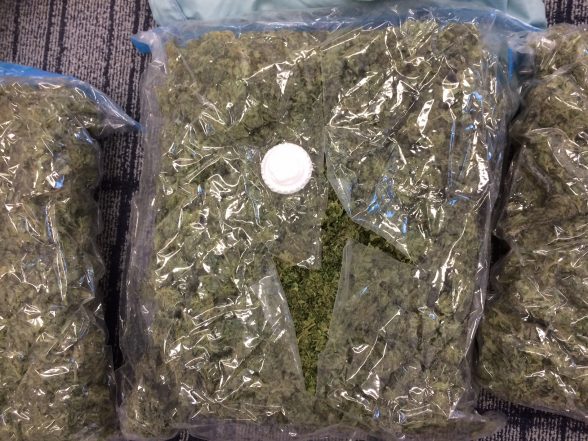 “This is ongoing proof that our commitment to acting upon information provided by communities pays off.

“We could not carry out the job we do without the help of communities.

“We continue to encourage anyone with information regarding drugs to come forward and help us reduce the threat of dangerous and illegal drugs on the streets.

“Police will continue to target drug dealers and those in the supply chain in Northern Ireland to try and remove this scourge on society.

“However, this is not a problem that police can solve alone.

“We can tackle the symptom and will continue to work with our partners in other sectors including health and education to address the wider causes.

“Our message is clear and simple: if you see or know of anyone who is dealing drugs in your local area, then contact your local police on the non-emergency number 101 or alternatively you can contact the independent charity Crimestoppers anonymously on 0800 555 111 and pass on any details that you may have.”