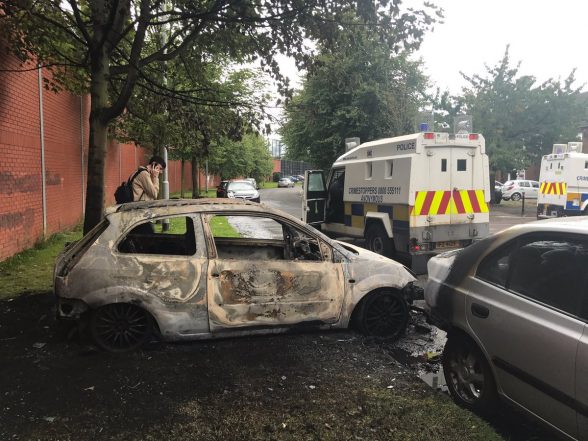 DETECTIVES at Musgrave have arrested a 32 year-old man in relation to public disorder in the Market district area of Belfast last week.

Masked youths deliberately torched several cars parked on Stewart Street and others had their windows smashed.

Police called to the scene were attacked with petrol bombs and missiles by roving gangs.

The arrested suspect is due to appear at Belfast Magistrates’ Court this morning for a first remand hearing.

He is charged with riot, throwing a petrol bomb and aggravated taking and driving away.